Tillerson to Seek Common Ground With Russia During Meeting With Lavrov 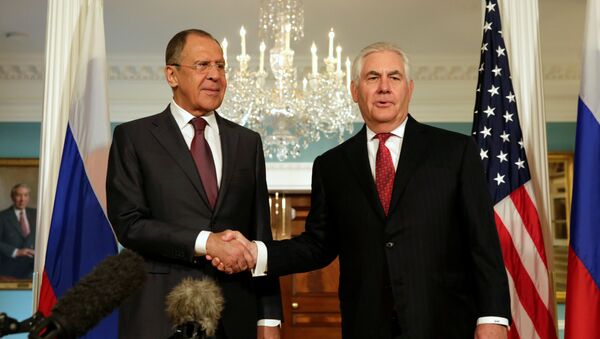 US State Secretary Rex Tillerson will seek common ground with Russia at a meeting with Russian Foreign Minister Sergey Lavrov, which is scheduled to take place in Manila on Sunday, US Ambassador to the United Nations Nikki Haley said.

Lavrov Starts Southeast Asia Tour, Plans to Meet Tillerson Within ASEAN Forum
WASHINGTON (Sputnik) — In an interview with CNN on Saturday Haley said that there are many issues, which require dialogue with Russia, including fight against terrorism, the situation around North Korea, Syrian crisis and others.

According to Haley, the US goal is to understand, which issues Russia and the United States may jointly address.

Lavrov will visit the Philippines on August 6-8 to participate in a number of events organized by the Association of Southeast Asian Nations (ASEAN). On Thursday, the Russian Foreign Ministry confirmed that apart from other activities, Lavrov will hold a meeting with Tillerson to discuss Russia-US relations on the sidelines of the ASEAN Regional Forum.

The discussion of opportunities of the Russia-US cooperation in war torn Syria is expected to be on the agenda of talks.