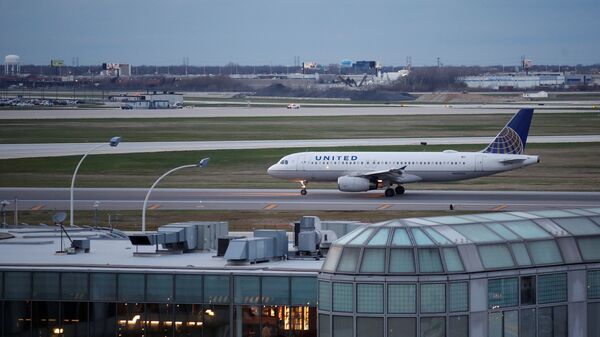 © REUTERS / Kamil Krzaczynski
Subscribe
International
India
Africa
After comparing American airports to those of the “third world” while on the campaign trail, now-US President Donald Trump had vowed to upgrade them, along with roads and bridges. Now, his plans may be a step closer to reality.

The US Senate approved a proposal this month that might facilitate Trump's promise to revamp the country's infrastructure. The proposal would increase the federal cap on the Passenger Facility Charge (PFC), which is what airports charge their passengers to fund any projects that improve safety, security or capacity, decrease noise, or increase air carrier competition.

Airports can currently charge passengers up to $4.50. The Appropriations Transportation Committee recently approved a fiscal 2018 spending bill that would increase the maximum PFC to $8.50 per ticket.

However, the PFC increase has received fervent pushback from airline industries, which view the passenger fee increase as a "tax increase."

Senator Susan Collins, chair of the Appropriations Transportation Committee, told reporters that "there is some opposition to it among the airlines. But there's a large backlog in infrastructure projects, and the fee has not been increased for 17 years," The Hill reported Wednesday.

Airports have been urging Congress to remove or raise the cap on the fee for years in order to attract private investors and to undertake $100 billion worth of infrastructure needs over the next several years.

Kevin Burke, president and CEO of Airports Council International-North America, expressed that the addition of the PFC proposal in the spending bill was due primarily to lobbying efforts on Capitol Hill.

Burke's approach when meeting with Collins and other lawmakers was to refer to the fee as a "user fee" instead of a "tax increase." Burke's strategy is based on the premise that when airports are not limited by the PFC cap, they can raise more money on their own for projects instead of having to rely on the government. This in turn will allow airports to have more capital available, increasing their attractiveness to private companies.

This is precisely the reason some libertarian and conservative groups, among them the Competitive Enterprise Institute, the Heritage Foundation, the Tax Foundation and FreedomWorks, support increasing the PFC. Burke said, "If an industry group is offering a clean way to do this, an infusion of money to help infrastructure, why wouldn't you go for it?" he asked, according to the same Hill report.

Other conservative groups opposed the idea, however. Americans for Tax Reform, run by Grover Norquist, is against increasing passenger fees due to the additional tax burden it would place on airline passengers.

Cailo also went on to say, "The truth of the matter is that airports are flush with cash. It is disingenuous at best for Congress to repeatedly saddle traveling families and businesses with tax-hike after tax-hike while airports are sitting on billions in unused funds."

After Collins was asked whether she thought a PFC increase could end up in Trump's infrastructure bill, she responded, saying, "It could be, since they're looking for pay-fors and since airports are an important part of infrastructure. So we'll just have to see what happens."