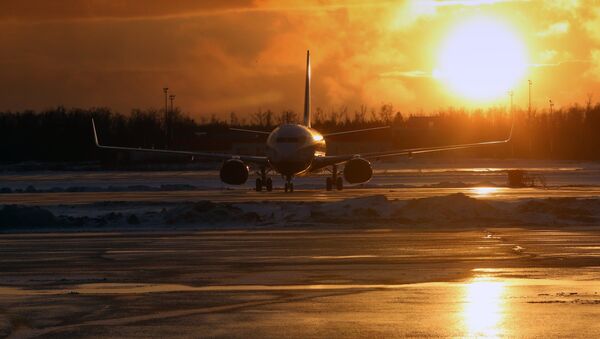 © Sputnik / Vitaliy Belousov
/
Go to the mediabank
Subscribe
International
India
Africa
The United States plans to continue registering frequent flyers in a trusted-traveler program beyond the 5 million passengers now enrolled, according to the US Transportation Security Administration press release.

Asia
India Decides to Sell Its State-Owned Airline
WASHINGTON (Sputnik) — The United States plans to continue registering frequent flyers in a trusted-traveler program beyond the 5 million passengers now enrolled, the US Transportation Security Administration (TSA) announced in a press release on Wednesday.

"The Transportation Security Administration today announced that the TSA [Pre-Check] program has reached a milestone with more than 5 million travelers enrolled," the release stated.

TSA allows "trusted" passengers who had registered in the Pre-Check program for a fee, expedited entry through its airport security checkpoints.

The Pre-Check program is available at 180 US airports, according to the TSA.

"By growing the trusted traveler population, we help our officers focus on potential threats, which strengthens the security screening process and ultimately provides better security for all travelers," TSA Acting Administrator Huban Gowadia stated in the release.

TSA has been routinely criticized that its passenger screening process amounts to a security theater. In 2015, TSA employed its own security officers in a test of airport security, in which screeners failed to detect weapons or explosives in 67 of 70 trials.