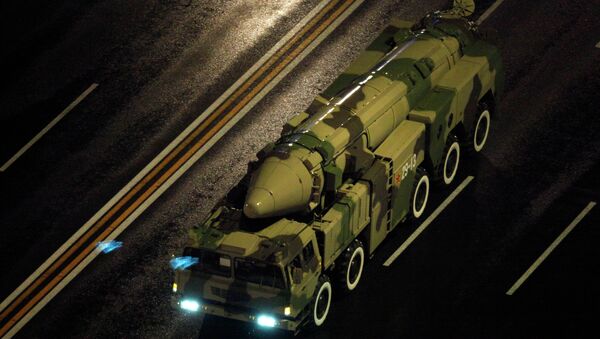 ​Along with the DF-31AG missile China also demonstrated 129 military jets and 571 vehicles, the Chinese Central Television (CCTV) reported. Over 40 percent of the vehicles demonstrated at the parade were reportedly presented for the first time.

DF-31AG is an intercontinental ballistic missile with a reported range of more than 10,000 kilometers (more than 6,200 miles).