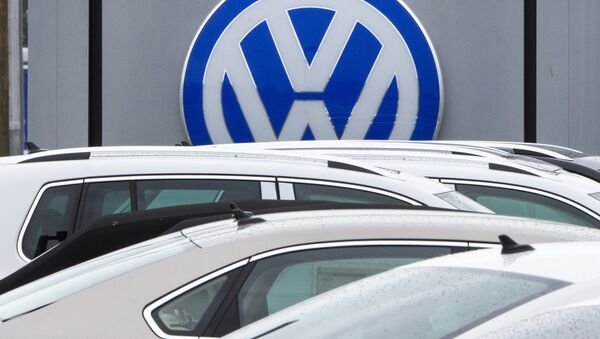 Over half of German citizens believe that German carmakers can no longer be trusted, a poll conducted by the Emnid Institute for the Bild am Sonntag newspaper said on Saturday.

Stuttgart Initiates Probe Into Porsche AG Employees' Role in Volkswagen Scandal
MOSCOW (Sputnik) — According to the poll, 53 percent of respondent found German car manufacturers not trustworthy, while only 5 percent said that Volkswagen, BMW, Audi and other German automakers remain "very reliable." A total of 40 percent of respondents see German carmakers as more reliable rather than not.

Overwhelming 75 percent of respondents supported the idea of increasing carmakers’ responsibility for violations of laws, the newspaper added.

The poll was conducted on July 27 among 500 people.

On July 21, the Spiegel magazine reported Volkswagen, Audi, Porsche, BMW and Daimler, as well as other leading German automakers, coordinated their actions on such matters as designing diesel emissions treatment systems in diesel vehicles. The media added that the companies had colluded to rig the size of tanks for AdBlue liquid, making it smaller and ultimately preventing effective exhaust purification.

On Monday, the European Commission stated it was examining the allegations concerning suspected collusion among German automakers.