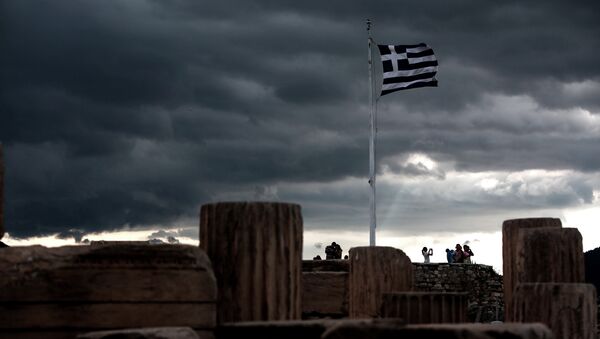 The Russian embassy in Greece confirmed to Sputnik that a Russian national who is on the wanted list in the United States over money laundering via bitcoin transactions was detained in the country.

MOSCOW (Sputnik) – Earlier in the day, multiple media outlets reported that Greek police arrested a Russian national suspected of running a $4-billion bitcoin laundering gang in the northern Greek region of Khalkidhiki on Monday on a US warrant.

"We confirm the fact of detention, it happened yesterday. The decision on the measure of restraint will be taken today," the embassy said.

The embassy added that all the necessary steps regarding the issue were being taken by the Russian Consulate General in Thessaloniki.

Moscow Says US Continues 'Unacceptable Practice of Hunting' Russians Globally
"We, of course, are in contact with both the Greek authorities and the Russian citizen to ensure his legitimate rights and interests. We raised the issue of allowing a consular officer to him, so far the situation is completely in the legal field, " the embassy said.

Earlier in the day, Russian Foreign Ministry spokeswoman Maria Zakharova posted on her official Facebook page that the issue has been "taken into work."

According to media reports, the 38-year-old detainee's name is Alexander Vinnik. He arrived with his wife and children to the Greek city of Thessaloniki, after which they traveled to Halkidiki to a five-star hotel. The FBI declared him wanted as the head of a large "laundry" network.

The Russian Foreign Ministry has repeatedly accused the US of "hunting" and detaining Russian nationals abroad.