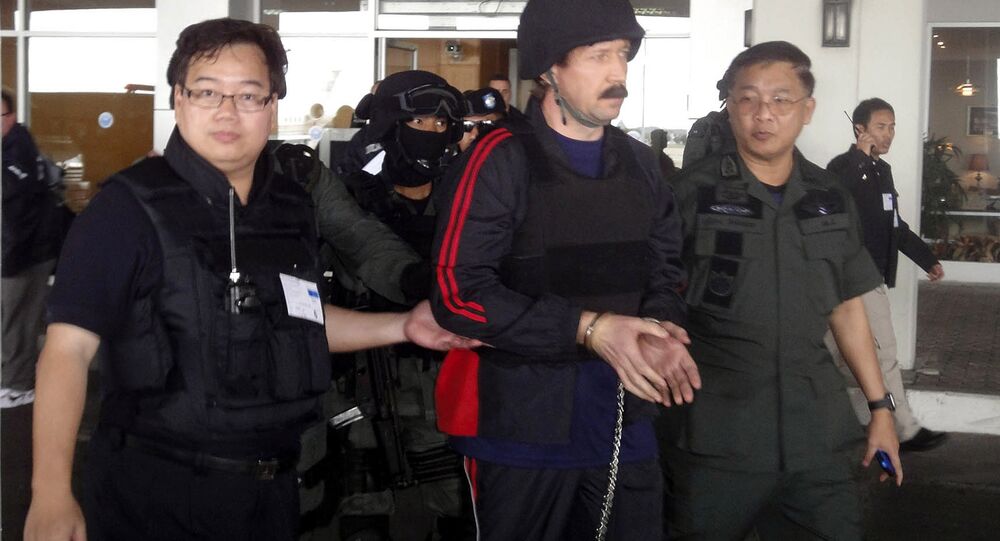 The Russian Foreign Ministry said that the US continued its "unacceptable practice of 'hunting' Russians globally despite Moscow’s repeated calls to establish cooperation over the extradition issue.

MOSCOW (Sputnik) — The Russian Foreign Ministry on Thursday recommended Russian nationals to weigh risks when planning visits to countries that have extradition agreements with the United States.

"We strongly recommend Russian citizens, when planning trips abroad, to carefully weigh all the risks, especially if there are grounds to assume that US law enforcement agencies have possible issues with them. This primarily relates to travel to countries having agreements on extradition with the US," the Russian ministry said in a document posted on its website.

The ministry said Moscow confirmed once again that the danger of being detained or arrested on a US request in third countries for Russian nationals remained.

© AP Photo / Andrew Harnik
Russia to Raise Issue of Releasing Bout, Yaroshenko With Trump's Team - Envoy
Russian businessman Viktor Bout was arrested in Bangkok in 2008 in a joint operation between Thai and US authorities, who accused him of conspiring to kill Americans by allegedly agreeing to supply Colombian militants with weapons. Moscow has said that the case has been politicized and has repeatedly called on Washington to release the Russian citizen, who is serving a 25-year sentence in the United States.

Russian pilot Konstantin Yaroshenko sentenced to 20 years in prison for conspiring to import more than $100 million worth of cocaine into the United States, was arrested in Liberia in 2010 and subsequently extradited to the United States. In April, the US Court of Appeals for the Second Circuit ruled that arguments made to reverse Yaroshenko’s conviction lacked merit.

US Likely to Reject New Repatriation Requests by Yaroshenko, Bout