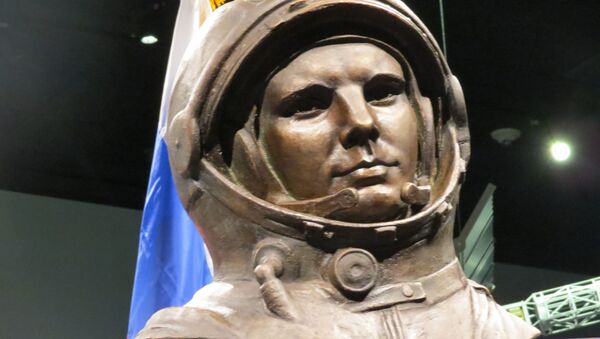 © Sputnik
Subscribe
An official English-language report of the first human journey into outer space by Soviet cosmonaut Yuri Gagarin sold for $47,500 at a space-themed Sotheby’s auction on Thursday.

Humanity's First Step in Manned Space Exploration: Gagarin's Historic Flight
MOSCOW (Sputnik) — The record, signed by the legendary pioneer and chief engineers of the Soviet space program, tells about the April 12, 1961 flight Gagarin made aboard his spaceship Vostok.

"The Earth had a very distinct and pretty halo. This halo could be clearly seen when looking at the horizon. It had a smooth transition from pale blue to blue, dark blue, violet and absolutely black. It was a magnificent picture," the spacefarer wrote.

Gagarin also described his preparation for the flight and activities during it up to the landing, shared the records achieved. The file also included an original black-and-white photo of him and his spacecraft.

The auction sale, titled Sotheby’s in Space, achieved a total of $3.8 million. Other items on the block ranged from US astronomer Neil Armstrong's lunar bag containing traces of moon dust that sold for $1.8 million to a Snoopy astronaut doll.