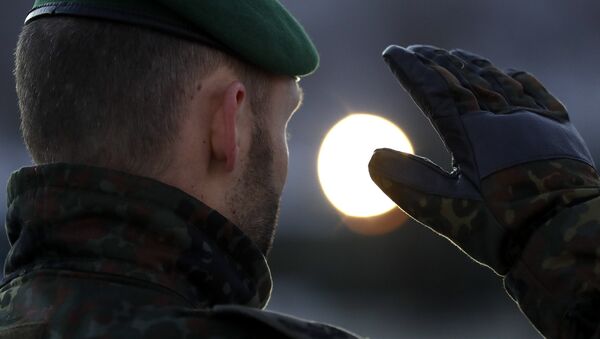 Sexual abuse, bullying and extremism are on the rise inside the German armed forces, according to a new report.

Accusations of sexual abuse and other forms of discriminatory behavior — including right-wing extremism — from inside the Bundeswehr rose considerably during the first half of 2017, according to a new internal report, putting additional pressure on German Defense Minister Ursula von der Leyen.

On Saturday, a statement from Germany's Ministry of Defense confirmed reports in the nation's media that a rising number of military personnel in the country have registered complaints of sexual or other forms of abuse within the Bundeswehr, according to a report by Deutsche Welle.

The Bundeswehr statement included the observation that the uptick in reports of abuse from within the force is, in part, due to an increased awareness of and sensitivity to the endemic cultural attitudes of the nation's military.

"There is a clear connection between the high number of reports and the public discussion about certain cases," said a German Defense Ministry spokesperson, cited by Dw.com.

Notable recent scandals within the Bundeswehr include accusations against service members of sexual sadism, terrorism and right-wing extremism.

The Bundeswehr Saturday statement followed a recent report in a Düsseldorf newspaper noting an increase in the number of internal complaints, primarily involving superior officers engaging in the abuse of subordinates.

That figure was shown to have risen sharply, with 127 cases of sexual abuse reported in the first half of 2017, as opposed to 128 reported cases in all of 2016, as documented by the Rheinische Post.

Reported incidents of right-wing extremism have reached 96 in 2017 to date, while only 63 similar cases were reported for the entire 2016 calendar year.

The acknowledgement by the Bundeswehr of internal problems puts new pressure on the already embattled tenure of German Defense Minister Ursula von der Leyen, who — in the wake of recent scandals — has criticized the force, pointing to what she referred to as its "attitude problem."

The predominantly male Bundeswehr hierarchy, however, has refuted von der Leyen's comments, asserting that "leadership goes from the top down," cited by Dw.com.

In April, a 28-year-old German soldier — registered as a Syrian refugee following his application for asylum and drawing a monthly stipend from the state — was arrested and accused of planning a terrorist attack on asylum seekers and Berlin politicians, including Heiko Maas, the sitting interior minister, and Joachim Gauck, the former president of Germany.

The Military Counterintelligence Service (MAD), the interior intelligence agency of the Bundeswehr, announced that over the past six years some 275 suspected right-wing extremists were documented within the ranks of the force, cited by Dw.com.