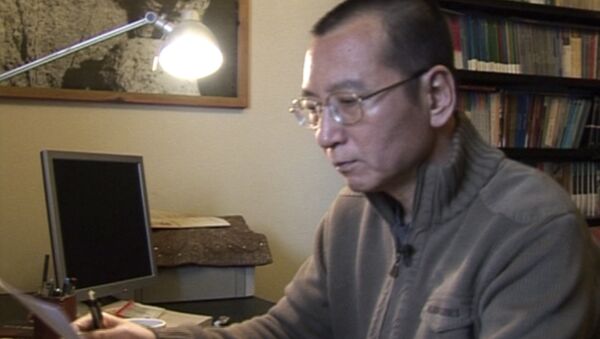 "On behalf of Liu Xia and Liu Xiaobo's other family members, I would like to extend my heartfelt gratitude to the humanistic care from the Party and the government," Liu Xiaoguang said, adding that concerning the special situation of Liu Xiaobo, the government showed a humanitarian spirit.

All the requests and wishes for Liu Xiaobo's funeral from the family members were realized through the support of the government, and that the funeral was held in a perfect way and beyond his expectations, he said.

The 68-year-old brother said throughout the whole process starting with the treatment, cremation and scattering of ashes at sea, everything reflects the advantage of the socialist system and leading experts from home and abroad gathered together for Liu Xiaobo's treatment.

Chinese Nobel Laureate Liu Xiaobo Dies of Organ Failure
Professor Markus M. Buachler of the German University of Heidelberg and professor Joseph M. Herman of the US MD Anderson Cancer Center were invited to the First Hospital of China Medical University in Shenyang for treatment.

The cremated remains of Liu Xiaobo were scattered in the sea on Saturday after a farewell ceremony on Saturday morning in Shenyang.

He was sentenced to 11 years in jail on December 25, 2009, after a court in Beijing convicted him of trying to overthrow the government.

The Liaoning Prison Administrative Bureau announced on June 26 on its website that Liu had been granted medical parole after being diagnosed with liver cancer during a routine physical check conducted by the Jinzhou Prison on May 31.