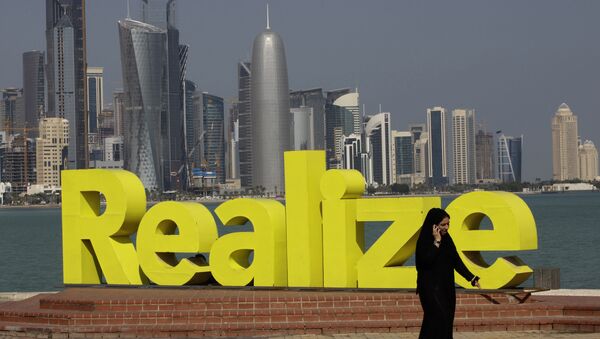 © AP Photo / Hussein Malla
Subscribe
International
India
Africa
Qatar now pays 10 times as much to import food and medicine into the country due to the Saudi-led blockade, Foreign Minister Sheikh Mohammed bin Abdulrahman Al Thani has said – although the country has cemented its place as the world’s biggest producer of liquefied natural gas, and maintained its Moody’s rating nonetheless.

"Qatar is paying 10 times extra costs for shipping, from government funds — there are funds available for that. But if Qatar was not in the same level of income, it wouldn't be able to cover the needs of its own people for medicine and food," he said. 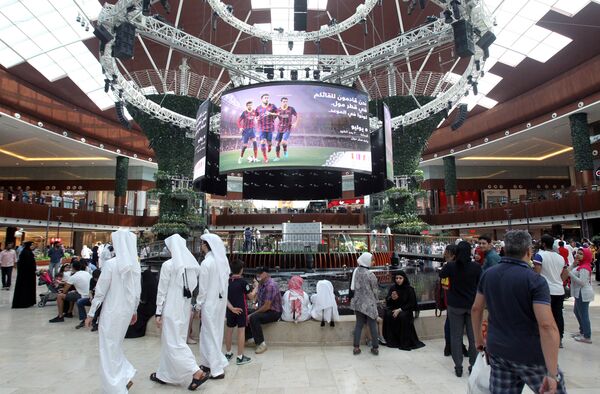 Much of the increased price of food stems from Riyadh's closure of Qatar's only land border, via which the country imports around 40 percent of its comestible supplies. Iran, with which Qatar shares a natural gas field in the Persian Gulf, has offered to deliver food by sea.

The dispute shows little sign of ending, and the US State Department has even warned escalation was imminent — although all-out war is perhaps unlikely.

Nonetheless, Qatar — home to the world's largest Gross Domestic Product per capita (US$127,660) — may be able to endure the embargo for months, or perhaps even years. In the first week of July, Qatar cemented its position as the world's biggest producer of liquefied natural gas, and is poised to retain the top spot for the next seven years after Qatar Petroleum said it will raise output by 30 percent. 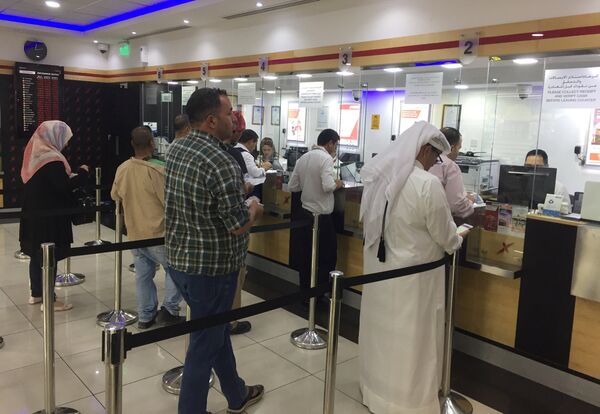 Despite this, on July 5 ratings agency Moody's cut Qatar's credit outlook from "stable" to "negative" over concerns about a protracted Gulf dispute — although the agency maintained the country's high long-term issuer rating of Aa3. Nonetheless, the agency said uncertainty around the blockade would negatively affect business and foreign investor sentiment and also weigh on the government's long-term diversification plans to position the country as a hub for medical services, education, and sports through a higher risk perception among foreign investors.

"The likelihood of a prolonged period of uncertainty extending into 2018 has increased and a quick resolution of the dispute is unlikely over the next few months, which carries the risk that Qatar's sovereign credit fundamentals could be negatively affected," Moody's explained in a statement.

No Winners: Arab Airspace Ban on Qatar 'Destroys Public Confidence in Aviation'
A highly deleterious aspect of the blockade is the coalition's closure of their collective airspace to Qatar Airways, and cancellation of all flights from the UAE Emirates, Etihad, Flydubai and Air Arabia to Doha. The ban means Qatar Airways pays much bigger costs to reroute flights, including higher fuel expenses and more stops to refuel — and ruins Doha's plans of transforming itself into a global transport hub.

Other ratings agencies were decidedly less bullish on Qatar's financial standing, however. In June, S&P Global Ratings slashed the country's sovereign rating and put it on negative credit watch, opening Qatar up for a further downgrade in the near future. Fitch Ratings likewise changed the country's outlook to negative.

Moreover, foreign exchanges and banks around the world are now refusing to buy Qatari riyals — and Qataris are experiencing difficulties exchanging currency when traveling to Asia, Europe and the US.

Yes, I tried at Sri Lanka duty free all shops denyed Qatar riyal even though government has said to accept. In side the country also denyed

​The situation could worsen yet further — and seismically — if the blockade is extended to gas and oil exports, although such a move would prompt a worldwide crisis of epic proportions.