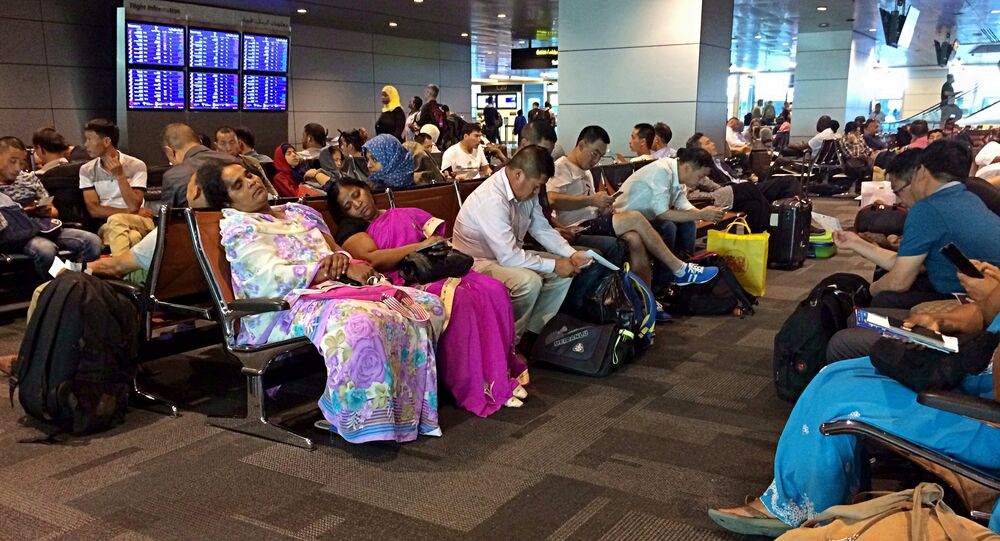 Saudi Arabia has closed the crossing at Qatar's only land border, and airline carriers Emirates, Etihad, Flydubai and Air Arabia have canceled all flights to and from the Qatari capital Doha.

The UAE, Saudi Arabia and Bahrain have also closed their airspace to the flagship carrier Qatar Airways, which will have to pay higher costs to reroute flights.

Qatar has ambitious plans to develop Doha's Hamad International Airport into one of the world's biggest transport hubs. The new airport opened in 2014 and earlier this year became the first airport in the Middle East to receive a prestigious 5 Star rating from the international air transport rating organization Skytrax.

"It's a fantastic airport, incredibly well-designed and very busy. This is going to have an impact on the airline and on the airport, if people can no longer use Qatar as a 'hub,'" Ross said.

"Qatar is not a very large space, they don't have a lot of maneuvering space between their own airspace, and it's going to cost more in fuel for the airline. I think they will lose passengers, like myself probably, because it's just not convenient to take that service any longer."

"They are doing well and I think that's mostly been based on price and the simple fact that they do have so many destinations that they can take your cargo to. So, that will be affected but I would suggest maybe not as much as the passenger traffic."

"Again, if they have to travel further it means the aircraft is in the air longer, the fuel costs are higher and maybe they can't maintain their lower costs for transporting cargo. It will make them less competitive against the other Gulf carriers [and] there is a lot of competition here, there is fierce competition between Qatar Airways, Etihad, Emirates and various others that come and go within the region."

"It's a big disadvantage for Doha, the other airlines will gain financially and take a larger slice of the business and if they do that well, they will take passengers who will not go back. In my experience, passengers tend to become creatures of habit, if they like a particular airline they'll stick with it," Ross said.