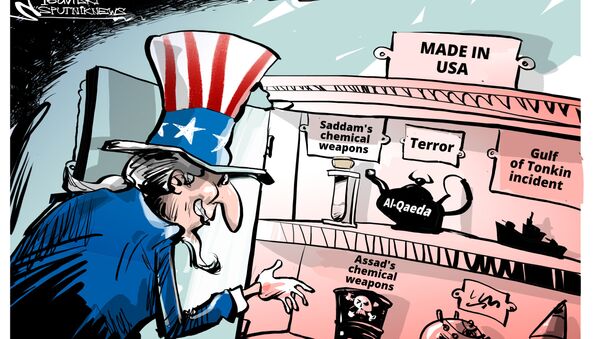 On Tuesday, the press service of the White House issued a statement claiming that Syrian President Bashar Assad is preparing a new chemical attack, and promising that if it is implemented, the Syrian authorities will "pay a heavy price."

What's Behind US Statement on Damascus' 'Plans of Chemical Attack'
Ali Haidar, the Minister of State for National Reconciliation Affairs in Syria, denied the claim, saying that "Damascus has never used and will never use such weapons."

In its turn, the Kremlin said that it considers US' threats against Syrian legitimate leadership to be "unacceptable."

Commenting on the statement, senior Russian lawmaker Konstantin Kosachev said that the US could be preparing for a "preemptive" attack on Syrian government troops as the White House warned of a possible chemical attack allegedly planned by Damascus.