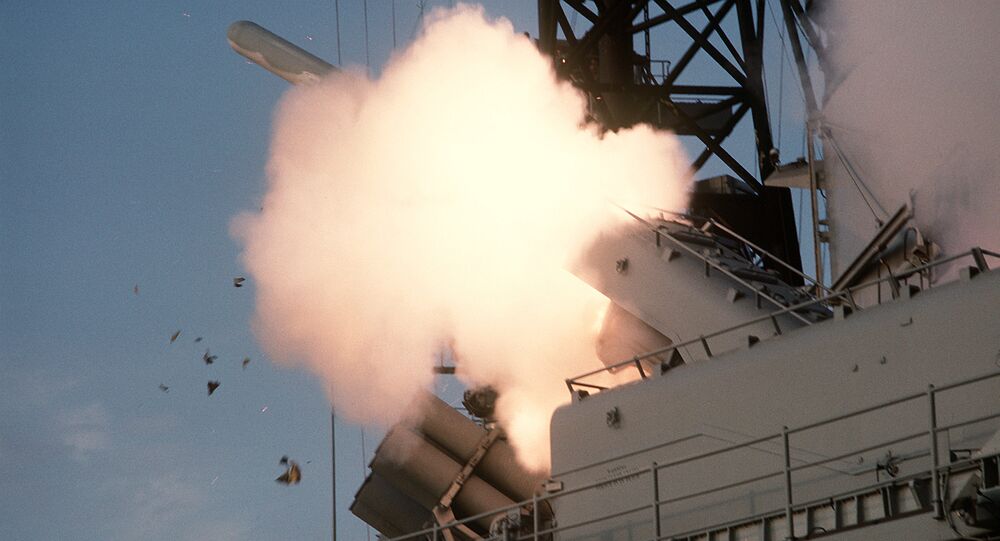 The United States might be preparing for a "preemptive" attack on Syrian government troops as the White House warned of a possible chemical attack allegedly planned by Damascus, senior Russian lawmaker Konstantin Kosachev said Tuesday.

The Kremlin commented on the claims and said that it considers US' threats against Syrian legitimate leadership to be "unacceptable." Damascus also denied the information.

"In any case, it is Washington that looks very unsavory in this story: they either know about the upcoming attack and are not trying to prevent it, but knowingly put the uncomfortable Syrian leader in the wrong for that… Or the United States is preparing its own preemptive strike on Syrian troops and appeals to the topic that is already ‘famous’ on a global level and will definitely justify any preventive action," the chairman of the upper house of the Russian parliament's international affairs committee said, commenting on the statement of the White House.

© AP Photo / United media office of Arbeen
Why Syria Relinquishing Its Chemical Weapon Stockpiles Didn't Bring Peace
On April 4, the National Coalition for Syrian Revolutionary and Opposition Forces supported by the United States blamed the Syrian government for an alleged chemical weapon attack in Khan Sheikhoun in Syria’s Idlib province. Reacting to the incident, Washington, which had not presented any proof of the chemical weapons use by Damascus, launched 59 Tomahawk cruise missiles at the Syrian governmental military airfield in Ash Sha’irat on April 6.