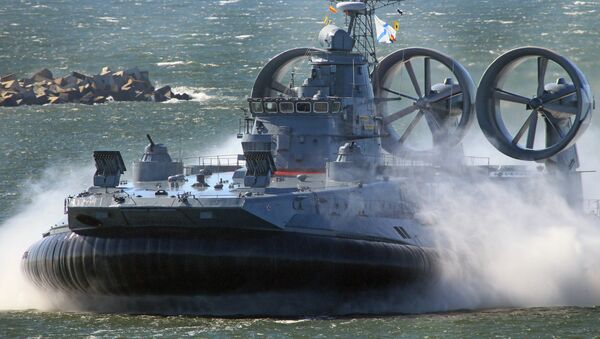 MOSCOW (Sputnik) — Russia plans to resume the production of unmatched amphibious assault ships of the 12322 'Zubr' Project capable of delivering three tanks weighing up to 150 tons or 10 armored vehicles loaded with marines to a beachhead.

"A number of new projects will be presented during the [8th International Maritime Defense Show in St. Petersburg on June 28-July 2], including blueprints for hovercraft which we will produce again under the new state armaments program," Rakhmanov told reporters.

Russia on the Way to Revive High-Speed 'Flying Ships' Construction