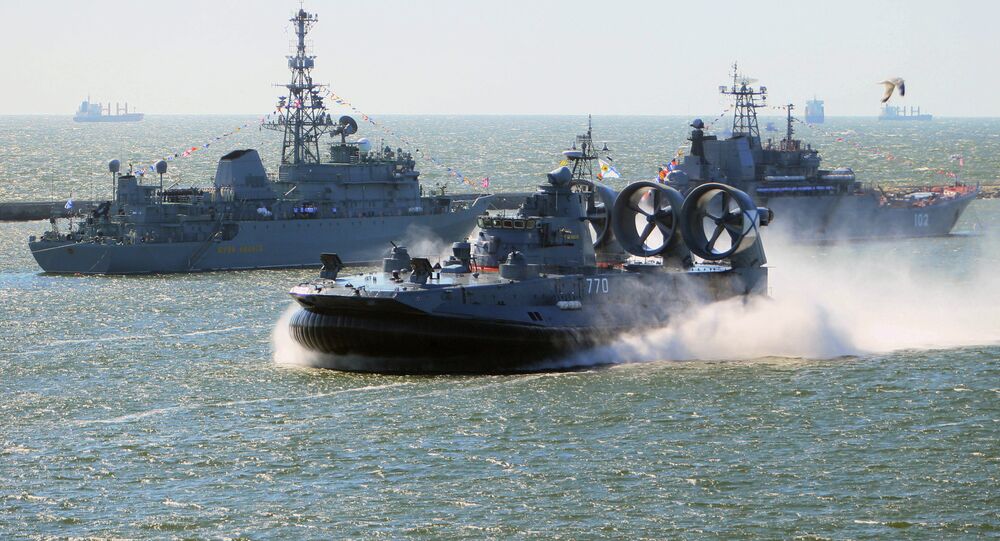 MOSCOW (Sputnik) — Earlier in the day, Russia's first complex for assembling and testing gas turbine units for Russian ships and vessels was launched during the visit of Russian President Vladimir Putin to NPO Saturn, which is located in the Russian city of Rybinsk in the Yaroslavl Region.

"Currently, the tests of M35R-1 unit, which is used in the world's largest hovercraft have started… The unit includes marine gas turbine engine M70FRU-2, a gear, transmissions, which connect them, [and] a control system," the statement said.

© Wikipedia /
Back to Business: Land, Water, Marsh - No Obstacle for Russian Hovercraft
The Zubr-class project 12322 vessels are the world's largest hovercrafts. The vessels are capable of transporting up to three tanks or up to 140 army personnel.

Three Zubr Class vessels have been in service with the Russian Navy since 1988.

Hovercraft have the ability to move over land or water, avoid obstacles and deploy troops in the far rear of enemy troops.