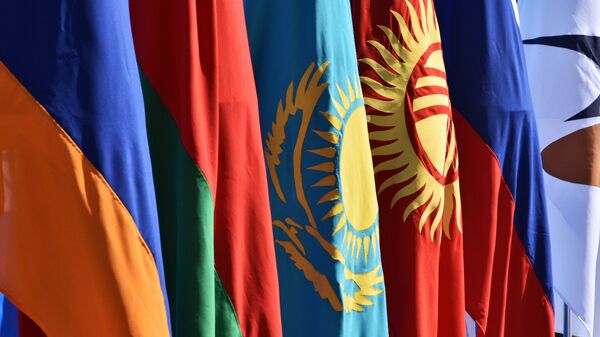 © Sputnik / Tabyldy Kadyrbekov
Subscribe
International
India
Africa
Russia and Belarus are cooperating to establish of relations between the European Union and the Eurasian Economic Union (EAEU), the joint statement by authorities issued on Sunday reads.

"The Russian Federation and the Republic of Belarus continue to coordinate their relations with the European Union, and intend to make joint efforts to establish relations between the EAEU and the EU," the statement, issued by Belarusian Foreign Ministry press service, read.

According to the statement, Russia and Belarus managed to establish sustainable cooperation that allowed to quickly solve any difficulties. The two states also shared stance on terrorism, condemning all its forms and manifestations.

"We believe that effective counteraction to this phenomenon is possible only on a collective basis, without politicization and 'double standards,' in strict and full compliance with relevant resolutions of the UN Security Council and the UN Global Counter-Terrorism Strategy," the statement said.

Dodon Confident in Moldova Becoming EAEU Observer in October
As regards the situation in Ukraine, Moscow and Minsk considered there was no military solution and the issue should be resolved by political and diplomatic means on the basis of the Minsk agreements.