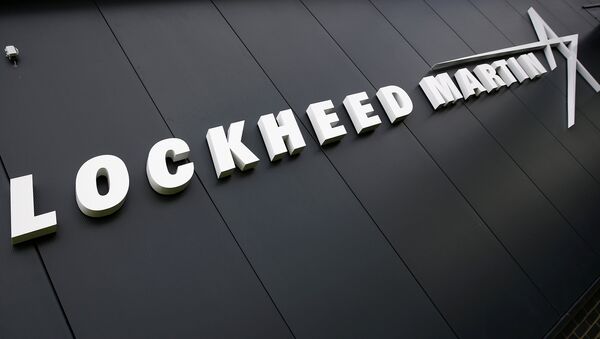 © REUTERS / Peter Nicholls/File Photo
Subscribe
International
India
Africa
Lockheed Martin and Boeing seem to be some of the biggest winners of the $110 billion arms deal US President Donald Trump signed with Saudi Arabia, with Lockheed expecting to make $28 billion and $50 billion for Boeing.

Trump's Arms Deal Ignores Saudi Support for Terror, Repression - US Senator
The two US weapons manufacturers appear set to become the biggest beneficiaries of the huge arms deal Trump signed with the rulers of Saudi Arabia.

Boeing expects to get about a half of the pie, with their gain being estimated about $50 billion. It is known that this figure includes both military and commercial sales, but the company did not disclose what exactly it is going to sell.

Boeing will also establish a joint venture with Saudi Arabia to provide "sustainment services for a wide range of military platforms," the company said in a statement, according to the Business Insider. It added that a separate joint venture would "provide support for both military and commercial helicopters."

The other weapon maker, Lockheed Martin, expects to make about $28 billion, with a massive batch of 150 Black Hawk helicopters. The company also sells the Saudis its Littoral Combat Ships (LCS), the ones that have a long and sad development history, as a replacement option instead of multimission warships the Saudis were looking for. Lockheed is also preparing to sell the THAAD missile defense system to the gulf state, in a deal mediated by Trump's son-in-law Jared Kushner, who reportedly helped the deal by calling Lockheed CEO Marillyn Hewson and asking her to lower the price for the Saudis.

The other beneficiaries are believed to be Raytheon, which seeks to sell $1 billion worth of Penetrator Warheads and Paveway laser-guided bombs, and General Dynamics, which is about to finalize its order of 115 M1A2 tanks.

According to the Business Insider, "Saudi Arabia is seeking closer defense and commercial ties with the US under Trump, as it seeks to develop its economy beyond oil, and leads a coalition that is fighting a war in Yemen. "