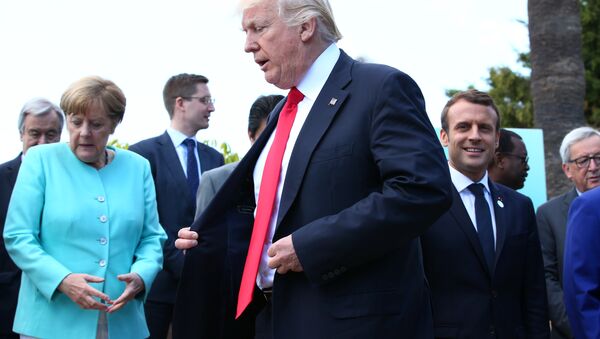 Moscow takes into account internal difficulties of US President Donald Trump, but there is still a principle of reciprocity in diplomacy, Kremlin aide Yury Ushakov said Wednesday while commenting on Russian property seizure in the United States.

"Nobody has canceled the principle of reciprocity in diplomacy. The president said this from the very beginning when he substantiated his reaction to the expulsion of diplomats before the New Year and to such an expropriation of diplomatic property near New York and near Washington," Ushakov told reporters.

"We are now simply taking into account the difficult internal political situation for the current [US] administration. Naturally, these steps will not remain without an appropriate reaction if these steps are not somehow adjusted by the US side itself. This would be the best option. We actually gave them such a chance," he said.

The Kremlin responded to US sanctions by declaring that they "will not resort to irresponsible ‘kitchen diplomacy,'" and reiterated their hopes to work toward a better relationship with the US when President-elect Trump takes office.