Afghan Forces Kill 44 Militants Across Country in Past 24 Hours 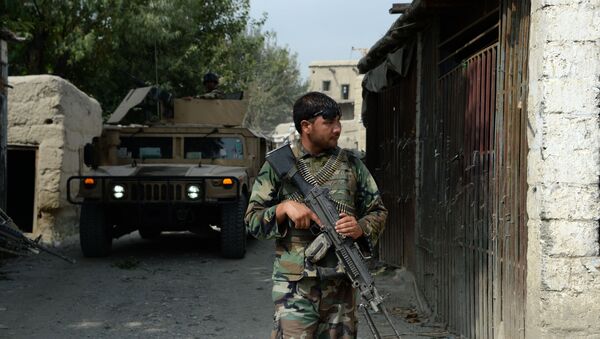 Over 200 Terrorists Killed in Eastern Afghanistan Over 3 Weeks
MOSCOW (Sputnik) — Afghanistan's security forces killed 44 militants in the country's various provinces in the past 24 hours, including local commanders of the Taliban radical movement and Daesh terrorist group, the Afghan Defense Ministry said on Monday.

"During the past 24 hour, Afghan National Defense and Security Forces conducted joined offensive operations in order to protect lives and properties of people also defeating the insurgents in different parts of the country that as a result, 44 insurgents including 3 local commanders of Taliban and 4 Daesh [Daesh] affiliates killed, 8 insurgents wounded and 1 other arrested," the ministry said in a statement.

Afghanistan has long been suffering from unstable political, social and security situation due to the activity of Daesh terrorists and the Taliban. The Afghan National Defense and Security Forces are currently conducting joint offensive operations to combat terrorism across the country.