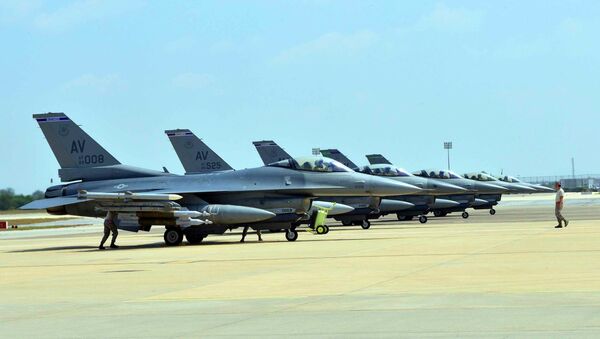 © REUTERS / US Air Force
Subscribe
International
India
Africa
The US Air Force is requesting millions of dollars for a squadron operations center in Qatar, construction at Incirlik airbase in Turkey, and F-35 facilities in the UK, the Defense Department’s 2018 budget request document revealed.

US to Construct New Facilities for Missile Defense Agency at Bases Around World
WASHINGTON (Sputnik) — The United States wants $15 million for a Consolidated Squadron Operations Facility in Al Udeid, Qatar, the document showed, and $25.8 million to construct a dormitory on Incirlik airbase in Turkey.

The document also noted the importance of the Qatar airbase and the US Air Force 379th Expeditionary Wing stationed there.

The Pentagon budget request also includes some $137 million for F-35A simulator and operations Center, according to the document.