Almost 9,000 People Expected to Attend Anti-Trump March in Brussels on May 24 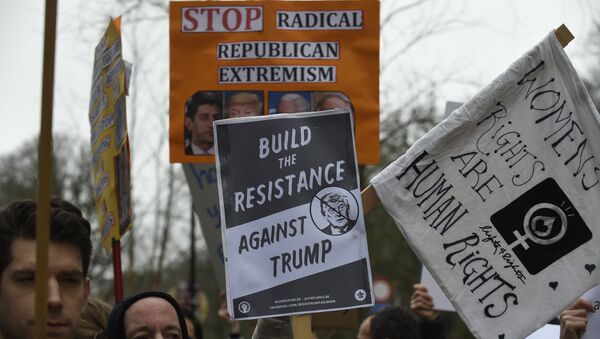 © AFP 2021 / JOHN THYS
Subscribe
Over 8,700 people plan to rally against US President Donald Trump's administration and policies on May 24 in the Belgian capital during his visit to the NATO leaders’ summit, as of Friday.

Journalist at White House Demands to Know Why Media Ignores Anti-Trump Violence
BRUSSELS (Sputnik) – According to the event’s page on Facebook, the march, called "Trump Not Welcome," is aimed at expressing the public’s discontent over Trump’s politics with regard to the environment, human rights, and migration.

"This is a march for peace and against military adventures, for the preservation of our planet and the environment, for the respect for human rights of all humans, for the struggle against sexism, racism and discrimination," the organizers wrote on the event’s Facebook page.

Earlier in May, Belgium’s National Union of Police and Security Personnel (SNPS) warned that security forces in Brussels were not adequately prepared to ensure Trump's safety during his upcoming visit. A total of about 3,000 law enforcement officers will reportedly secure Brussels during the NATO summit, which will be attended by over two dozen state leaders, according to media reports.