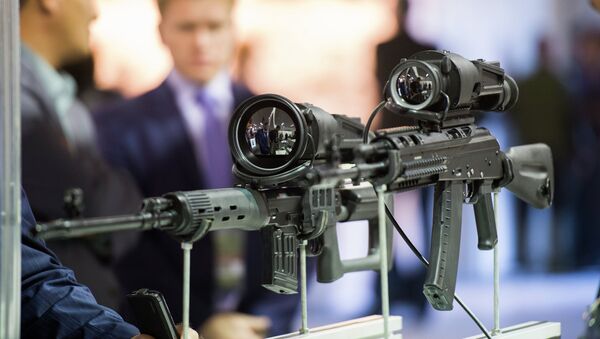 "We are ready to be engaged in a dialogue not only on delivery of military products, but also on the issues related to the organization of licensed production of Russian arms and military equipment on the territory of foreign customers," Anatoly Punchuk heading the Russian delegation at the 7th International Exhibition of Technology in Defense and Prevention of Natural Disasters (SITDEF-2017) in Peru said.

According to Punchuk, Russia is ready to participate in joint design and construction of ships for the Latin American navies, the deputy director of the Russian Federal Service for Military-Technical Cooperation (FSMTC) told Sputnik in an interview.

"We are ready for technical cooperation in this [naval equipment] sphere to jointly design and to construct ships of different classes, including with the use of foreign customers' industrial capabilities," Anatoly Punchuk said.

SITDEF-2017 kicks off in the Peruvian capital on Thursday and will continue until Sunday. The first such exhibition took place in the Latin American country in 2007 and has been held biennially since then.