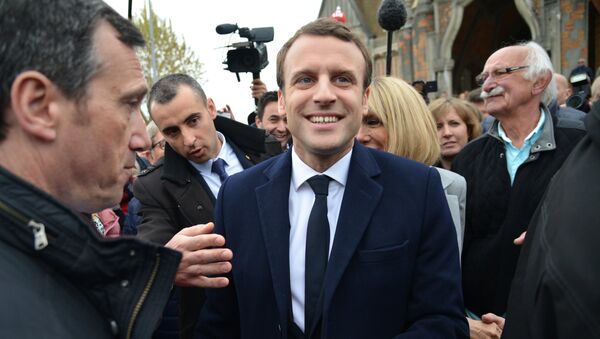 According to the French Interior Ministry citing preliminary results of the election runoff as over 30 percent of votes (11 million) have been counted, centrist candidate Emmanuel Macron is leading in the presidential race with 60.52 percent.

As of the latest data, Le Pen is gaining 39.48 percent of votes.

Le Pen Congratulates Macron With Victory as Preliminary Results Announced
Later in the day, preliminary results released after 20 percent of votes have been counted showed that Macron is winning with 59.93 percent. Le Pen though is leading so far in seven French northern departments.

She has already congratulated her rival after the first results' announcement.

The polling stations opened in France at 8 a.m. local time on Sunday. In the second round of the vote, two candidates face each other: independent Emmanuel Macron, the leader of "En Marche!" movement, who got 24 percent of the votes in the first round, and right-wing Marine Le Pen, who came second with 21 percent of the votes.