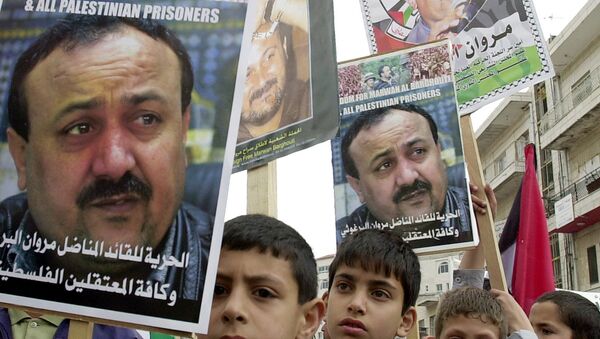 Radio Sputnik’s Brian Becker spoke with Arab Barghouti, son of Palestinian Leader Marwan Barghouti, about the hunger strike of Palestinians behind bars in Israeli prisons that is being led by his father.

Israel Claims Hundreds of Palestinian Prisoners End Hunger Strike
One of the leaders of the First Intifada, Barghouti founded the Tanzim militia in 1995, in resistance to the Israel Defense Forces. Tanzim is now a part of Fatah, the largest faction of the Palestine Liberation Organization.
He was detained in 2002 by Israeli special operations forces, and two years later was convicted of five murders and given to five life sentences in prison. During his trial, Barghouti provided no defense, denying the legitimacy of the Israeli court.
https://www.spreaker.com/user/radiosputnik/marwan-barghoutis-son-speaks-on-mass-hun_1

​In April, a large number of Palestinian prisoners — from hundreds to thousands — began a mass hunger strike, believed to be led by Barghouti.

Arab Barghouti, his son, told Sputnik's Brian Becker that the hunger strike has been going for 17 days already, as a demand for "basic human rights," such as allowing family visits for convicted prisoners and ending the indefinite detention of those who have not faced trial.

"We have 700 prisoners in that case, which is illegal in every international law."

The prisoners are asking to be able to take pictures with members of their families, he told Becker, and for better medical conditions. According to Barghouti, at least 19 prisoners have cancer, but are given no medical treatment.

Hamas Ready to Support Palestinian State in 1967 Borders
Barghouti praised the New York Times, which published his father's article "Why We Are on Hunger Strike in Israeli Prisons."

It identified Marwan Barghouti as "a Palestinian leader and parliamentarian," and prompted fierce criticism from Israeli Prime Minister Benjamin Netanyahu.

"I read, on Sunday, the article in the New York Times that presents arch-terrorist Marwan Barghouti as a ‘parliamentarian and leader,'" Netanyahu said a day after the article was published.

"Calling Barghouti a leader and parliamentarian is like calling [Syrian President Bashar] Assad a pediatrician," he added.

The Times noted later that day that Barghouti "neglected to provide sufficient context by stating the offenses of which he was convicted."

Arab Barghouti countered that his father has been recognized by a number of prominent figures, including American political activist and former leader of the Communist party of the USA Angela Davis and South African activist Ahmed Kathrada, and he was proposed for Nobel Peace Prize nomination by South African social rights activist Bishop Desmond Tutu, who himself earned the prize in 1984. 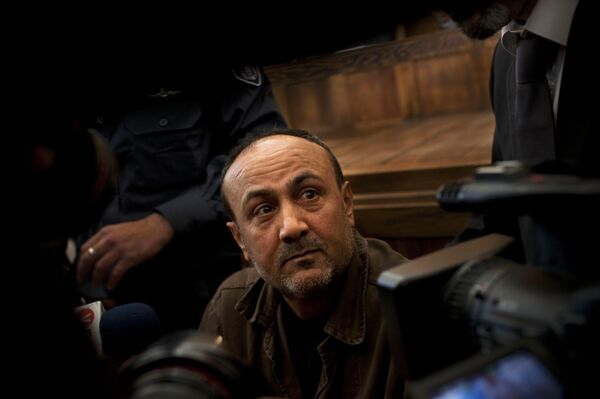 Argentinian activist Adolfo Pérez Esquivel, another winner, together with several Belgian members of parliament, has also proposed that the prize be given to Barghouti.

According to Arab Barghouti, even former US President Jimmy Carter recorded a video in which he called the release of Barghouti a "necessity" for the Middle East peace process. Carter's 2009 book, "We Can Have Peace in the Holy Land," called Barghouti "a prominent jailed leader, who might heal divisions."

"I haven't seen my father in two years, I haven't touched him in 15 years," he said, adding that while family visits were still possible, Israeli security authorities denied Barghouti's eight-month-old granddaughter permission to see Marwan, as she had no visit permit. Marwan still has never seen his grandkids, Arab said.

"He's everything I have and he's the greatest hope I have," he told Becker.