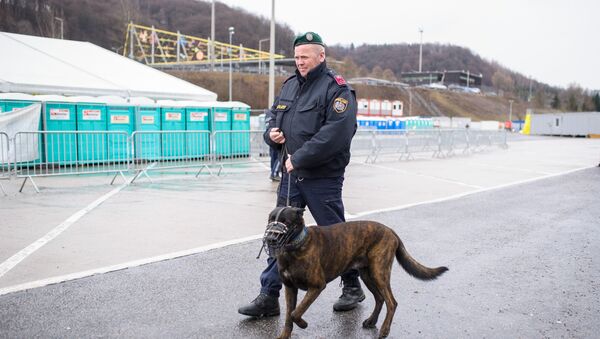 Defense Minister said that Austria should use all legal means available to continue their efforts aimed at putting a stop to illegal migration to the country.

Alleged Sexual Abuse by Migrants in Austria Should Be Europe's Wake-Up Call
VIENNA (Sputnik) – Austria should use all legal means available to continue their efforts aimed at putting a stop to illegal migration to the country, Defense Minister Hans Peter Doskozil said on Thursday.

"Austria must use all legal opportunities to curb illegal migration to the country," Doskozil told the APA news agency.

The minister pointed out that Austria was one of the EU member states that had suffered most of all from the refugee crisis while also demonstrating a heightened solidarity on the issue of accepting migrants.

Doskozil also called for the revision of the Schengen border rules, as they were "agreed under absolutely different circumstances."

The minister continued to say that it was necessary to adopt legal measures to prolong border control if the European Commission said that such prolongation was not possible after November 2017. The statement referred to the remarks of EU Migration Commissioner Dimitris Avramopoulos, who said on Tuesday that the countries which have temporarily introduced border control within the Schengen Area must lift these restrictions within six months.

The arrival of almost 90,000 asylum seekers to Austria in 2015 prompted the the country's Interior Ministry to tighten border controls and employ 1,250 more border guards and refugee agency officials.

The European Union also took measures aimed at decreasing the number of migrants and refugees arriving to the bloc. In March 2016, Turkey and the European Union agreed upon a deal, under which Ankara pledged to take back all undocumented migrants who arrive in EU states through its territory in exchange for the accommodation of Syrian refugees on a one-for-one basis in Turkey and major concessions on membership and visas.