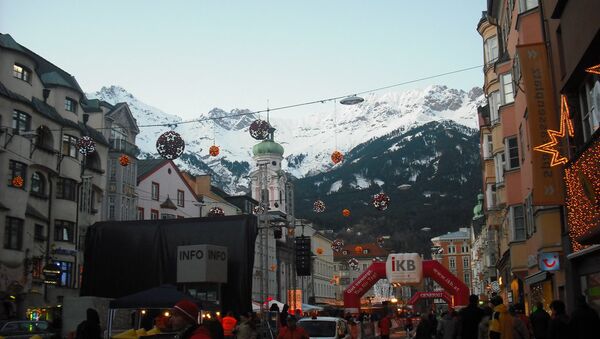 Berlin to Boost Security on Border With Austria Amid Influx of Illegal Migrants
MOSCOW (Sputnik) – Earlier on Thursday, Austrian media reported that the police were searching refugee homes in the western city of Innsbruck after 18 women said they were groped during New Year’s Eve celebrations.

"The problem is that we, the Europeans, have been letting enormous, almost uncontrollable, groups of migrants into our countries for two years. And now we see problems in Innsbruck, this has become a crucial incident, and we cannot act the way we did before," Kappel said.

According to the lawmaker, Europe's current welfare systems are incapable of handling massive inflow of migrants.

"We have to improve our law enforcement, cut down the influx of migrants, we have to create the centers for migrants in Northern Africa and in the Middle East under the aegis of the United Nations," Kappel said.