Russian Weapons on US Border: Mexico Bets on Moscow Exports 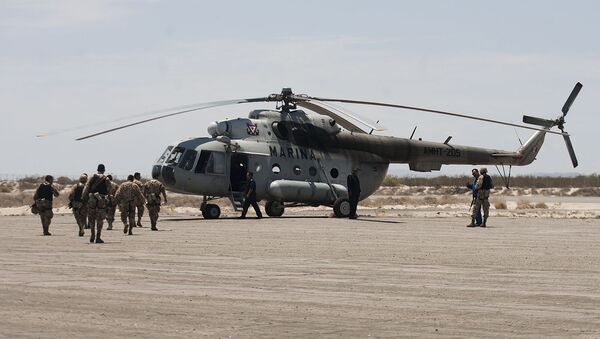 Mexico's readiness to buy Russian military helicopters actually indicates that the Russian-made weaponry will soon be in place near the US border, according to RIA Novosti.

Russia Will Deliver Mi-35 Attack Helicopter Equipment to Peru
On Tuesday, Alexander Denisov, the head of the marketing department of Russia's state arms exporter Rosoboronexport, told Sputnik that Mexico plans to buy a new batch of Russia's Mi-17 military transport helicopters in the near future.

"Helicopters of the Mi-17 type are actively used by the Mexican defense and law enforcement agencies. … The Mexican side is planning to buy a new batch of such helicopters from Russia and is considering the proposals prepared by us," Denisov said.

He added that the Russian side also offered Mexico Russia's Mi-35M and Mi-28NE combat helicopters. 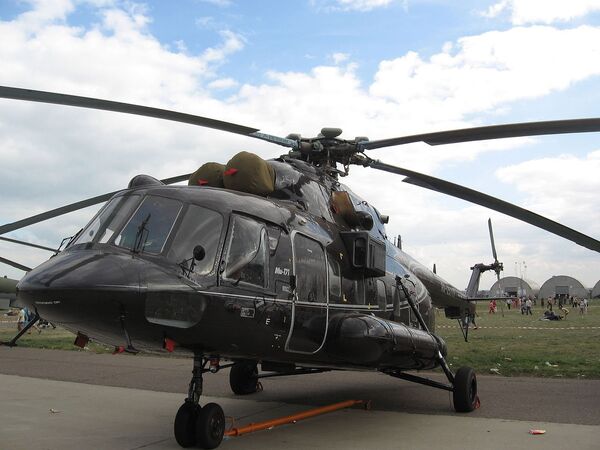 The agreement was clinched at the international arms exhibition FAMEX-2017, which was held in Mexico in late April.

In an interview with Sputnik, Russian military expert Andrey Frolov said that "Mexico is not a member of NATO or any other Western military alliance, which is why it has the right to buy weapons from anyone – whether the US likes it or not."

He recalled that "Mexico has already bought Russia's Mi-8 and Mi-17 helicopters" and that "Mexican pilots know these vehicles and are able to fly them."

"The new deal is good news, which means that they are satisfied with our helicopters and believe that the Mi-17 has superiority over its American competitors. As for Mexico's possible interest in the Mi-35M and the Mi-28NE helicopters, it was caused by the use of these vehicles in Syria, where they performed with flying colors," Frolov said.

He was echoed by a Russian expert on the US, Sergey Sudakov, who told Sputnik that Russian helicopters are on a par with US ones in terms of characteristics, and that their price tag and maintenance expenses are cheaper, as compared with their American competitors.

"Bolstering military cooperation with Mexico is very beneficial for us. First of all, this is a matter of prestige – we actually outrun the US at their traditional arms market. Secondly, it's real money. And not only for the military hardware itself, but also for its maintenance in the years to come, training of specialists and so on. And thirdly, the deal with Mexico is a good advertisement of our weapons in Latin America," Sudakov pointed out.

According to him, by investing money in Russian weapons Mexico seeks to provide its own military and economic security amid the country's attempts to prove to both other states and its own citizens that Mexico is not a vassal of the United States.

"Earlier, 99 percent of Mexico's arms imports fell on US weaponry – a situation that drastically changed after President Donald Trump came to power in the US," Sudakov said, citing the current complicated tries between Mexico and Washington.

Meanwhile, Denisov said that Rosoboronexport was ready to supply Russian helicopters to some other regional countries, such as Bolivia, Chile and Paraguay.

'Time Has Come': Russia, Mexico Could Jointly Create Light Helicopter
Moreover, Rosoboronexport expects that the company would open helicopter maintenance centers in a spate of Latin American countries in 2018, according to him.

"Such a service center is being created in Brazil, and we are working under an offset program. … We hope that the maintenance of the first helicopter [in such a facility] would take place end of 2018. … Possibly, the launch of the maintenance center in Peru will take place in 2018," Denisov told Sputnik.