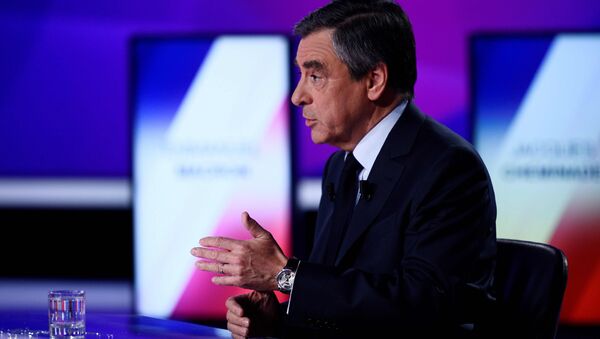 Former French Prime Minister Francois Fillon filed a lawsuit against satirical weekly Le Canard Enchaine, which had revealed information during the presidential campaign about the allegedly fictitious jobs of Fillon's wife and children as parliamentary assistants, the newspaper reported Tuesday.

MOSCOW (Sputnik) —The weekly wrote on its Twitter account that its editor-in-chief and one of its journalists will be interviewed by the judiciary police on May 11.

The French BFMTV broadcaster also reported on Tuesday that a source in the court had confirmed the launch of an investigation following the lawsuit.

In March, Fillon and his wife were both placed under formal investigation. Fillon has repeatedly denied all allegations. The investigation rocked Fillon's presidential campaign bid and he lost the first round of the election on April 23.