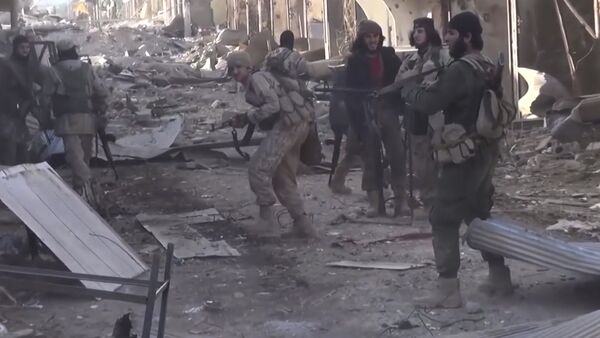 It is of major importance to unite the efforts of Russia and the US-led coalition in order to improve efficiency of the counterterrorist fight in Syria, Russian Foreign Minister Sergei Lavrov said Saturday.

Russia Registers 12 Ceasefire Violations in Syria Over Past 24 Hours
MOSCOW (Sputnik) — It is important to unite the efforts of Russia and the US-led coalition in order to improve efficiency of the fight against terrorists in Syria, Russian Foreign Minister Sergei Lavrov said Saturday.

"We believe that in order to solve this problem [to improve efficiency of anti-terror fight] it is important to unite the efforts of all those who fight terrorism in Syria, I mean both the Russian Aerospace Forces and the coalition led by the Americans," the Russian minister said at a meeting with his Jordanian counterpart Ayman Safadi.

Speaking about the role of Moscow and Washington in the Syrian settlement, Lavrov added that Jordan's King Abdullah II repeatedly stressed the necessity of US-Russian cooperation on the Syrian issue. He added that Moscow was ready for this interaction and expected the same approach from Washington.

The Russian foreign minister also noted the importance of the ceasefire between the Syrian government forces and the armed opposition "to counter terror threats more effectively on the Syrian territory."

The Syrian civil war has been raging since 2011, being fought between government troops and numerous opposition and terrorist organizations, such as Daesh, outlawed in Russia.

The US-led international coalition has been carrying airstrikes in civil-war-torn Syria since 2014, without authorization either from Damascus or the UN Security Council. Russia has been conducting an anti-terror campaign in Syria since September 2015 at Syrian President Bashar Assad's request.