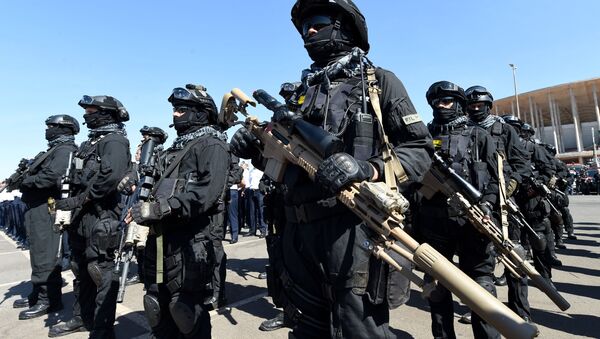 © AFP 2021 / EVARISTO SA
Subscribe
Countries across Latin America are increasing investment in the armed forces, and Brazil and Venezuela are some of the biggest spenders, Carlos Hernandez, an expert on economic and defense affairs in the region, told Sputnik.

"There is an increase in military investment even in the smallest countries. For example, Cuba, which has been very restrained in its military expenditures, has concluded agreements with Russia and China in recent years. The country also has projects with Vietnam for 2017-2019," Hernandez said.

Maduro's Government Vows to Fight Fire With Fire As Opposition Protests Continue
Caribbean neighbors like Trinidad and Tobago and the Bahamas are also investing in the military. The former is implementing a major program of upgrading its naval equipment, while the latter has purchased nine light- and medium-weight ships and is constructing several new naval bases.

Hernandez said the biggest investments are being made by Brazil and Venezuela, with Argentina in third place.

"Despite all its political and economic difficulties, Brazil continues to work on major programs such as the construction of its first nuclear submarine. Venezuela, which is also experiencing serious problems, has established contact with the Chinese Vice-Minister of Science, Technology and Industry in the field of National Defense and representatives of armaments manufacturers, electronics and the air and naval forces." 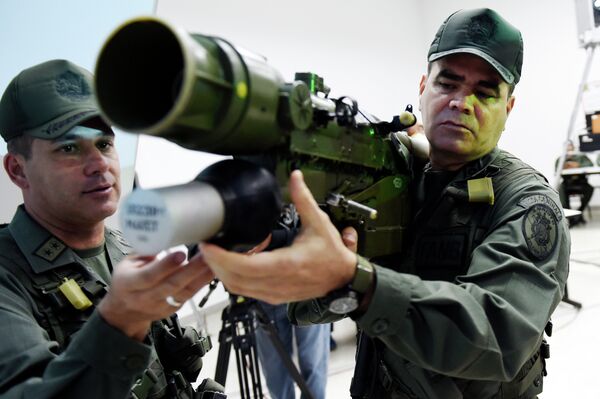 "I think that the Brazilians are leading here. They are building up their potential with new submarines, one of which is nuclear, and the construction of new patrol vessels. In addition, they are strengthening naval aviation."

Russia and US Woo Brazil, Hope to Use Advantageous Base for Space Launches
Uruguay is also investing in its naval and air forces, and Guyana is reinforcing its army in light of a border dispute with Venezuela that has become more acute since an oil discovery in 2015.

"We must not forget that the president of Guyana [David Granger] is a retired brigadier who led the country's armed forces. He has developed a rather extensive plan for national defense."

The expert said that Venezuela's air defense project, which is being realized with the assistance of Russia, is unique in the region.

"It is comprised of eight brigades equipped with long-range S-300 missiles. In addition, there is the time-tested but modernized S-125 Neva short-range anti-aircraft missile system and other medium-range systems."

"This equipment is supplemented, among other things, by Chinese mobile radars. Initially, 10 units were purchased, but more than 31 radars are expected to be delivered. That is why, at least on paper, the Venezuelan air defense system is the most developed in the region," Hernandez explained.