Putin: Nearly Half of 20,000 Foreign Fighters in Syria Hail From CIS 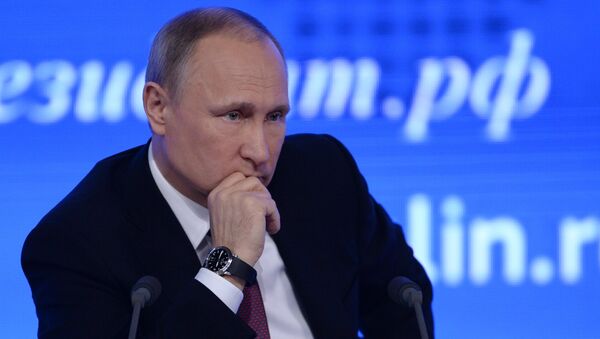 Almost 10,000 out of 20,000 foreign fighters in Syria hail from CIS countries, the Russian president said.

"According to various estimates, about 20,000 foreign fighters are fighting in Syria, of which almost 10,000 are from the CIS countries," Putin told the Mir broadcaster in an interview published Wednesday.

He further estimated that around 5,000 fighters are from Central Asian states.

"These are mainly CSTO countries, by the way," Putin stressed, underscoring the need to create a broad international anti-terrorist coalition.

Since September 2015 Russian Aerospace Forces have been carrying out airstrikes in Syria targeted at terrorist positions at the request of Syrian President Bashar Assad. In March 2016, the biggest part of Russian air forces left Syria in line with the decision of Russian President Vladimir Putin, following successful task fulfillment.