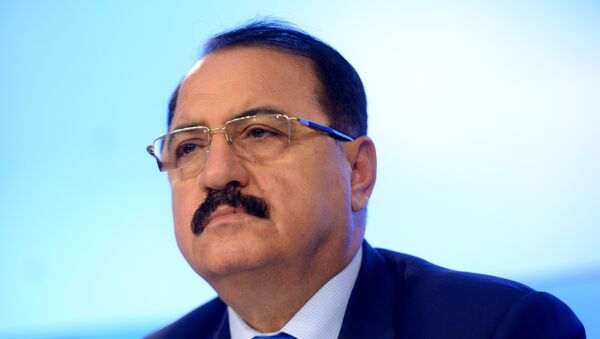 © Sputnik / Vladimir Trefilov
Subscribe
International
India
Africa
Moscow made a right decision when it decided to cut off a point-to-point communications link with the US military in Syria following the deadly Washington’s missile attack on the Syrian airfield, Syrian Ambassador to Russia Riyad Haddad said Monday.

Suspending Syria Air Safety MOU to Let Russia React Timely on US Threats
MOSCOW (Sputnik) — On Friday, the Russian Defense Ministry confirmed the suspension of a point-to-point communications link with the US military under the memorandum of understanding on de-confliction in Syria, a day after the United States launched 59 Tomahawk cruise missiles on a Syrian military airfield in response to the alleged chemical weapon use in Idlib on Tuesday, which Washington blames on Damascus.

“I think it was a right step, because Russia remains a main ally of a legitimately elected Syrian government and a guarantor of international laws,” Haddad told the Izvestia newspaper, referring to Russia’s decision to suspend the memorandum with the United States.