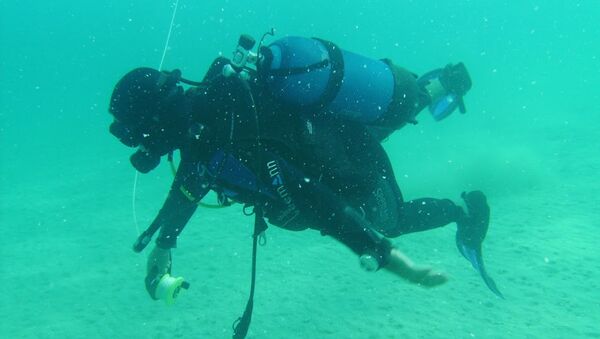 The Nemi ships were well known to historians as symbols of Caligula's lavishness and decadence. A pair of enormous floating palaces, one 230 feet long and the other 240, the ships were basically the luxury cruise ships of their day.

They had sails made of purple silk, with decorations of gold, marble and mosaics. The ships also had running water and central heating. The Roman historian Suetonius described a similar project of Caligula's as being "filled with ample baths, galleries, and saloons, and supplied with a great variety of vines and fruit trees."

When Caligula was assassinated by his own bodyguard Chaerea after only four years on the throne, the Nemi ships were intentionally scuttled in the lake. Over the centuries, local fishermen explored the wrecks and recovered small artifacts to sell to tourists. In 1932, the two ships were recovered from the bottom of the lake on the orders of Italian dictator Benito Mussolini.

The ships were placed in a museum outside of Rome, but during World War II a battle between American and German soldiers caused the museum to catch fire. Both ships were destroyed in the blaze.

However, Italian authorities think there's a third ship that Mussolini missed. "We know from documents from the 15th century that one of the boats went down in an area of the lake different to where the other two were found during the Fascist era," Nemi Mayor Alberto Bertucci told the Times of London.

Divers from Italy's Civil Protection Agency will use sonar to scan the bottom of the lake for the missing third ship.

It is not exactly clear what purpose the Nemi ships held. The opulence on display has led historians to believe that they were meant to be a show of wealth, particularly as Caligula's contemporaries, the Ptolemaic Pharaohs, were known for similarly resplendent watercraft. Others believe the boats to be temples of the goddess Diana.

Although most Roman emperors didn't lack for cruelty or debauchery, Caligula may have them all beat. He repeatedly executed his supporters, including members of his own family. He began to refer to himself as a god, and once was alleged to had several audience members thrown to the wild beasts in the Colosseum for his own amusement. He slept with his sisters and appointed his favorite horse to the Senate (although some historians argue that he did this satirically, to mock the Senators by saying a horse could do their jobs).

He was assassinated when he announced his intention to move from Rome to Alexandria where he hoped to be worshiped as a living god. The assassins also killed Caligula's wife, Caesonia, and his one-year-old daughter, Julia Drusilla. Four centuries after his death, Caligula's grave was defiled and his ashes scattered by Visigoths attacking Rome.

000000
Popular comments
The boat is in use at Jerry Epstein's Sex Slave Island. They use it to give rides to Senators and Congressmen, take lots of nice photos that can be used later to influence votes.