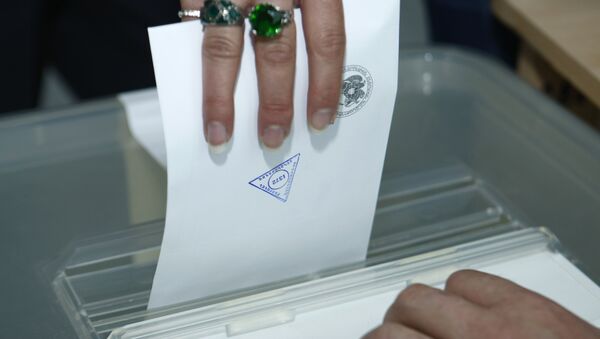 Armenia's ruling Republican Party is leading in election with 65.16 percent of votes after data from 54 out of 2009 polling stations counted, a representative of Armenia's Central Election Commission (CEC) said Sunday.

Armenian Opposition Asks to Halt Parliamentary Elections Over Start Date of War
MOSCOW (Sputnik) — According to CEC, the Prosperous Armenia and the Armenian Revolutionary Federation (ARF) are expected to gain parliamentary seats with 18.88 percent and 6.68 percent respectively.

Five parties took part in the election, namely the Republican Party, the Prosperous Armenia, the Armenian National Congress (ANC), the ARF and the Armenian Renaissance Heritage.

According to the poll, conducted by the Baltic Surveys/The Gallup Organization, the Republican Party is projected to receive 46 percent of votes, while the Prosperous Armenia is set to gain 25 percent of voters support.

The preliminary results will be announced later in the day, while the final data will be published during the week. In case no party gains 50 percent of votes, they will have to form a coalition, otherwise a second round of election with two top parties will take place.

The election is the first vote after the 2015 referendum on constitutional amendments, under which Armenia will transform from a semi-presidential system to a parliamentary republic after the current leader's term expires in 2018.