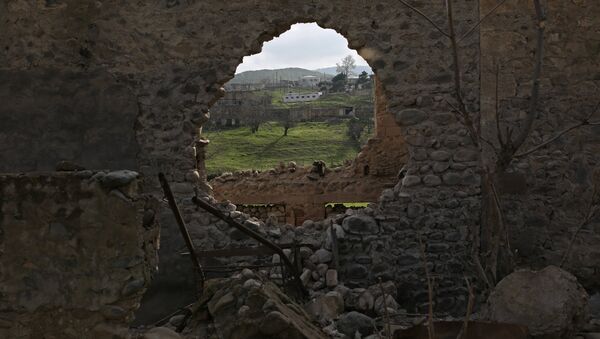 The Armenian National Congress (ANC) opposition party demanded to postpone the date of the country's parliamentary elections as it coincides with the date of the beginning of the armed conflict in Nagorno-Karabakh, Azerbaijan's Armenian-dominated breakaway region.

YEREVAN (Sputnik) — The election was scheduled for April 2, the day when violence broke out in Nagorno-Karabakh, according to the statement on its website.

"The appointment of the upcoming parliamentary elections on April 2 provoked widespread discontent among the citizens. Last year the April war broke out that day… ANC demands to pay respects to the victims of the April war and appoint the date of elections in the period from April 21-30 in accordance with article 68 of the Constitution," the statement, published on Saturday, said.

Nagorno-Karabakh May Become Autonomous Republic Within Azerbaijan - FM
According to the statement, the first anniversary of war will be marked on April 2 this year, the day to honor the victims for relatives and the whole country, that is why the appointment of the upcoming parliamentary elections on this day fairly provoked mass discontent among the people.

Violence erupted in Nagorno-Karabakh on April 2, 2016, and led to multiple casualties. The parties to the conflict signed a Russian-brokered ceasefire on April 5, but mutual accusations have not stopped so far.