Demonstrators in Tripoli Reportedly Come Under Fire From Militants 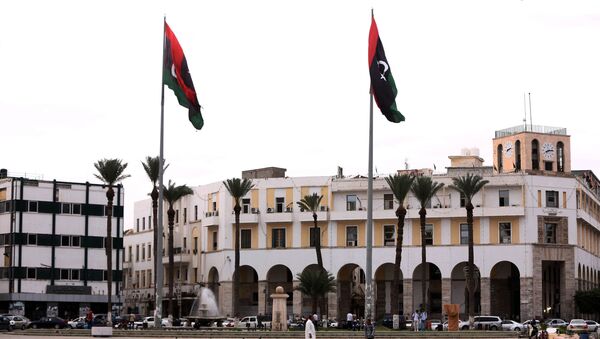 CAIRO (Sputnik) – There were several hundreds of protesters in Tripoli on Friday, according to the activist, but no information on possible injuries or casualties was immediately available.

"The militants opened fire from small arms at demonstrators in Al Shuhada [Martyrs’] Square in the center of the Libyan capital, trying to disperse them. The people were demanding the unification of the army and the expulsion of illegal armed groups from the capital," the activist said.

Africa
Reports of Russian Military on Libyan-Egyptian Border 'Untrue' - Libyan Army
On Tuesday, Libyan government troops drove militants out of the country's port cities of Ras Lanuf and As Sidr.

Earlier in the month, the so-called Benghazi Defense Brigades attacked and gained control of Sidra and Ras Lanuf oil fields, pushing out the forces of Libyan National Army Gen. Khalifa Haftar. Later in March, the Brigades gave control over the oil fields and ports to the Tripoli-based government of the crisis-torn state rival to the Council of Deputies based in Tobruk and supported by Haftar.