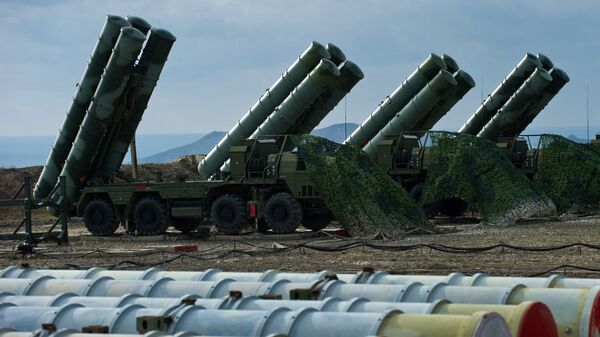 Washington has apparently been in no hurry to accommodate this request.

"It has become evident that neither NATO, nor the United States is committed to helping Turkey create its own missile defense system," the analyst noted. "In addition, they don't want to transfer technologies."

Meanwhile, Ankara has been looking at other options, including the S-400, a system capable of intercepting all types of modern air weaponry, including fifth-generation warplanes, as well as ballistic and cruise missiles at a maximum range of nearly 250 miles.

Turkey Wants to Buy Russian S-400 to 'Develop Its Own Missile Defense System'
On Tuesday Sergey Chemezov, CEO of the state-owned Russian corporation Rostec, said that Ankara is willing to buy the S-400 if Moscow provides a loan.

"I hope that this process will be finalized since Turkey has for years protected its airspace using obsolete systems dating to World War II. I think that Russia and Turkey could establish a close cooperation in the military and technical area, including the S-400," Hasan Ali Karasar said. "I want to emphasize that both countries are intent on looking for compromise and fostering closer ties despite differences on some issues, including the Black Sea and Crimea."

Putting Out the Flames of War in Syria
The S-400 Triumf, which NATO refers to as SA-21 Growler, was developed by the Almaz-Antey defense contractor and manufactured by the Fakel Machine-Building Design Bureau. The system, estimated to cost $400 million per unit, has been in service since April 2007.
Russia is reported to have reached an agreement to deploy the S-400 to China and India. Other potential buyers include Armenia, Belarus, Egypt, Iran, Kazakhstan, Saudi Arabia and Vietnam.

Hasan Ali Karasar further commented on Russia and Turkey's cooperation in Syria, saying that it is "key to bringing peace to the war-wracked country."

Russia and Turkey "carried out an exceptionally complex operation with minimal losses with regard to moving the militants and their families out of Aleppo. Concerted efforts of intelligence services, as well as defense and foreign ministries of both countries opened the way for establishing a nationwide ceasefire regime. Russia and Turkey created a mechanism which outstrips the UN's efforts in Geneva, let alone NATO or the United States in terms of efficiency," the analyst observed.