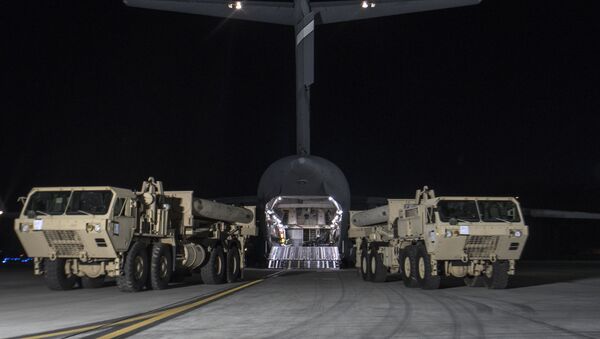 Russia will take into account US actions in the deployment of the Terminal High Altitude Area Defense (THAAD) anti-ballistic missile system deployment in South Korea in its foreign policy and military planning, a senior Russian Foreign Ministry official told Sputnik on Tuesday.

Two Ways Pyongyang Can Bypass US-Made THAAD System in South Korea
MOSCOW (Sputnik) — The United States has reportedly started the deployment process of the THAAD anti-ballistic missile system in South Korea. The South Korean Defense Ministry was quoted as saying that parts of the system were delivered on Monday to the Osan Air Base south of Seoul.

"We will certainly take these actions into account in our foreign policy activities… We will of course take this into account in military planning," Department for Nonproliferation and Arms Control (DNAC) Director Mihail Uliyanov said.

US Permanent Representative to the Conference on Disarmament Robert Wood told Sputnik earlier in the day that Washington was in talks with Seoul on accelerating the THAAD stationing.