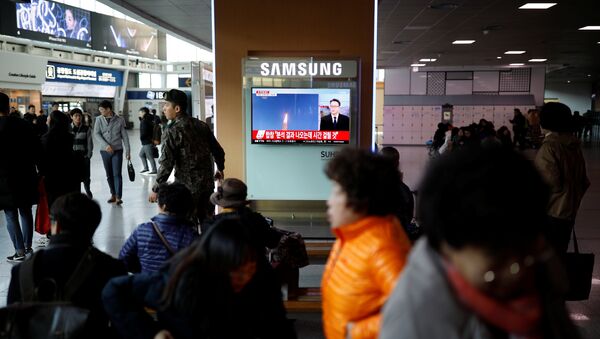 North Korea has carried out multiple launches of medium-range ballistic missiles, four of which have splashed in the sea, US Department of Defense spokesperson Capt. Jeff Davis said in a briefing on Monday.

North Korea Launches Missiles to 'Divert Attention From Kim Jong Nam's Murder'
WASHINGTON (Sputnik) — Earlier in the day, the South Korean Defense Ministry reported that an unidentified missile by North Korea had taken place at 7:36 a.m. local time (22:36 GMT on Sunday). Japan later said that Pyongyang had launched a total of four missiles, with three of these landing in Japanese territorial waters.

China, Japan, Russia and South Korea have expressed concern over the launch, as well as Spain, France and the European Union.

North Korea has not commented on the missile launch yet.

"There were multiple launches. There were four that splashed in the sea of Japan," Davis told reporters.