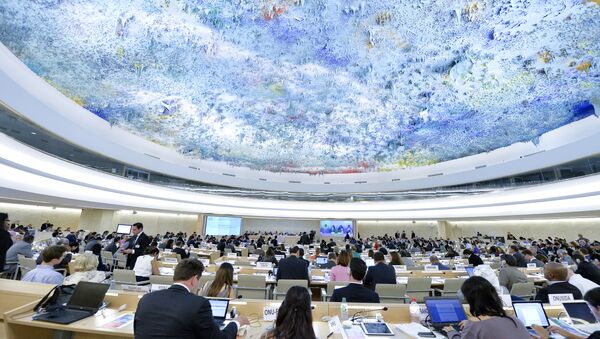 A United Nations expert on human rights and the environment has warned that human activity is well on its way to causing a global extinction event that will harm humans and animals equally.

John H. Knox, professor of international law with Wake Forest University, and UN Special Rapporteur, is set to formally present a report to the United Nations Humans Rights Council on March 7. Ahead of that, he has spoken at length about how "The rapid loss of biological diversity around the world should be setting off alarm bells."

"We are well on our way to the sixth global extinction of species in the history of the planet, and states are still failing to halt the main drivers of biodiversity loss, including habitat destruction, poaching and climate change," Knox said.

"What is less well understood," he added, "is that the loss of biodiversity undermines the enjoyment of a wide range of human rights, including rights to life, health, food and water."

Knox's report to the UN, the first to address the relationship between human rights and biodiversity, details the numerous negative effects of the loss of biodiversity, including the endangering of agriculture and fisheries, the destruction of potential sources of new medicines, the weakening of human immune systems, and the undermining of water supplies.

"While the loss of biodiversity affects everyone, the worst-off are those who depend most closely on nature for their material and cultural life," Knox wrote in the report. "Even when cutting down forests or building dams have economic benefits, those benefits are usually experienced disproportionately by those who did not depend directly on the resource and the costs are imposed disproportionately on those who did."

Knox also stressed that the rights of indigenous peoples must be respected while defending bioversity, claiming that they "often" go hand in hand.

The last global extinction event was the Cretaceous-Paleogene event, some 66-million years ago, in which the impact of the Chicxulub meteor led to the extinction of all non-avian dinosaurs and most large reptiles, as well as countless other species, paving the way for the rise of mammals and, eventually, humans.

Scientists now claim that humans are living in the midst of an extinction event of our own; the Holocene Event, brought on by the worldwide promulgation of the human species. A 2015 study from the University of Hawaii at Manoa concluded that human activity has caused 7 percent of species on the planet to become extinct. Some researchers, such as Harvard University biologist E.O. Wilson, have warned that 50 percent of Earth's multicellular species will be extinct by 2100.