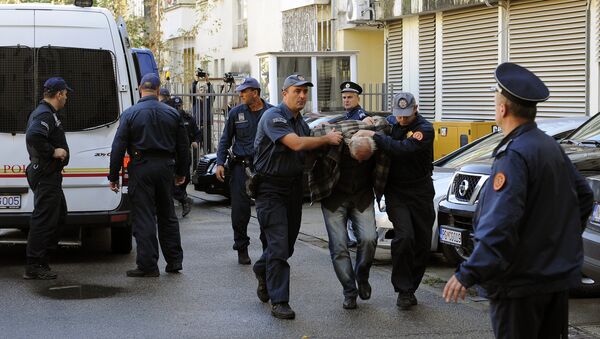 © AFP 2023 / SAVO PRELEVIC
Subscribe
International
India
Africa
Moscow is examining Podgorica's request for assistance in the investigation of an alleged coup attempt in Montenegro in October.

"At present, the Russian Prosecutor General's Office is considering the request of Montenegro's competent authorities for legal assistance in connection with the investigation of the events mentioned in the request," the office's press service said.

US Politicians Distort the Facts About Montenegro's Enthusiasm to Join NATO
On the voting day on October 16, 2016, 20 people were detained during the parliamentary elections in the country. They were allegedly planning to kill Milo Djukanovic, the country’s prime minister, and seize the parliament’s building. According to media reports, the majority of the detainees have admitted their guilt.