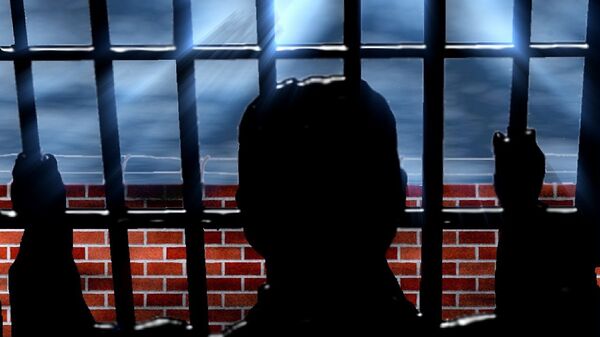 © Photo : Pixabay
Subscribe
International
India
Africa
A new 'super prison'in Wrexham, Wales is worth at least US$263 million, which has been reportedly spent on its development. With the UK prison service in crisis, due to lack of financing, inmate suicides and killings and overcrowding, some are questioning whether this is money well spent.

The new prison in Wales is a category C, which is classed as a closed prison holding adult male offenders. HMP Berwyn, which is the official name of the prison, is meant to house 2,106 offenders, making it the largest prison in the UK and Europe.

In September 2013, the UK Secretary for Justice, Elizabeth Truss, announced that the Former Firestone Site on Wrexham Industrial Estate would be the location for a North Wales Prison. The site was selected by the Ministry of Justice (MoJ) after a site search within the priority areas of North Wales, North West of England and London.

The MoJ justified the building of the prison in North Wales because there was no other prison in the region. According to Wrexham Council, the North Wales Prison will give offenders the opportunity to be held closer to their homes, which has been shown to be an important factor in reducing re-offending.

However, given the deepening prison crisis in the country, the MoJ's choice to spend millions on HMP Berwyn may open the door for criticism.

In September 2016, it was reported by inspectors, that drug use in UK prisons was increasing. A survey of HMP Bedford prison, for example, revealed that a number of prisoners were saying how easy it was to get drugs and that ease of access to substances had doubled since the last inspection in 2014. Also the number of people who said they had developed a drug problem while in prison had also increased, from 4 percent to 14 percent.

The report was highly critical of the prison system and Chief Inspector of Prisons, Peter Clarke, who said that something had to be done to stop the increase of drugs in UK prisons to avoid the risk of more deaths.

This was followed by the Prison Governors Association, who in October 2016 called for an inquiry into prisons across England and Wales, amid evidence of what they call "an unprecedented" rise in murder and suicides. Serious assaults on staff have increased by 146 percent and self-harm incidents by more than 10,000, in the last five years.

In response to the prison system crisis in the UK, the government introduced the new Prisons and Courts Bill in February 2017. The bill follows on from a white paper — essentially a government report setting out suggestions for future laws — released back in November 2016. It sets down in law for the first time prisons' role as a place for reforming convicts.

​However some experts believe that these reforms are simply not enough and will not address the root causes of the crisis.

Frances Cook, CEO of the Howard League Campaign for Penal Reform, disagreed with the government's branding of the bill as the "biggest overhaul of prisons in a generation."

A cursory glance at Prisons & Courts bill, nothing particularly revolutionary. Will have to suggest stuff! https://t.co/b0QHqby2cG

​The Prison Governor Association believed that the reforms will only be used as a tool to blame authorities and institutions.

"Governors are being asked to sign up to agreements, which will become effective in just five weeks, with insufficient detail on what they will be held to account for. The risk is that the prison reform bill will become the prison blame bill — a mechanism by which Governors are criticized or removed from post for matters beyond their control," a spokesperson for the Prison Governor Association said in a recent interview.

So is spending more money on a new prison the way forward, when the current issues are not being addressed?

Some experts have called for a reduction in the number of inmates within prisons, which would have an immediate impact on reducing crime and also aid with the financing of the prison service.

UK journalist and radio host, James O'Brian believes that the real reason for keeping people in prisons could be because the UK government makes money for every offender within prison.

"There's never any money in spending money on prisons? Making money from prisons is a very different proposition entirely. People are making money out of running prisons right. What's the worst possible thing that could happen to that business model?" Mr. O'Brian said in a recent interview.

With serious doubts being cast over the new prison reforms and the opening of the new spacious facility in Wales, experts are questioning whether money is being spent on the right things.

Some have said that opening a new prison is simply wasting funding that can be used to address current issues that prisons in the UK are tackling on a daily basis.