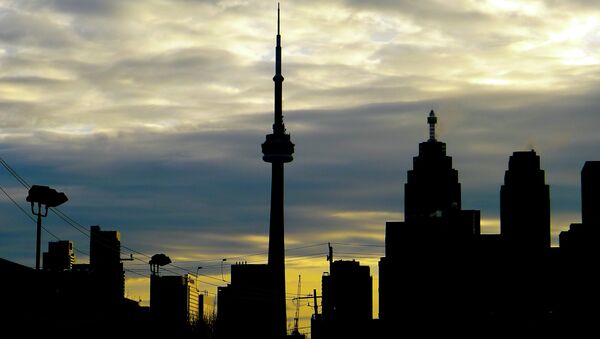 In Canada’s Ontario, the Liberal Party has rolled out a universal basic income (UBI) program to combat poverty in three of its cities.

A discussion paper drafted by former Canadian Senate member Hugh Segal laid out what the program will look like, and recommended testing it a rural area populated by indigenous people.

"There is no reason why a coherent pilot project testing the net benefits of a Basic Income to society in general, and to those living in poverty in particular, could not be launched before the end of the present fiscal year in Ontario," Segal wrote, explaining that, "Testing a Basic Income is a humane and useful way to measure how so many of the costs of poverty (in terms of productivity, health, policing, and other community costs, to name only a few) might be diminished, while poverty itself is reduced and work is encouraged."

Once instituted, the UBI would almost double the annual basic income adults receive under the province’s current welfare program.

In Ontario, 1.7 million people live below the poverty line, detailed at $20,676 annually for a single person. Many were laid off between 2000-2007 when manufacturing and auto jobs disappeared.

Social planner Ben Earle, with the Durham Workforce Authority, said that his area lost up to 4,000 jobs in the last fifteen years, and the prospects of them coming back are doubtful. He remarked that people left behind are forced into positions "that are lower pay, contract-based, [and have] lower benefits—if they have benefits at all," according to Quartz.

Economists believe that this new policy can help drive change, from jobs in manufacturing to areas, including finance technology, medical research, and other “knowledge-based” jobs.

Chris Ballard, who is heading the initiative, remarked that "It’s time [we] start considering some kind of basic income because of the changing nature of work due to automation."

Some critics believe that officials are using UBI to avoid dealing with other pricey measures that could impact poverty, like raising the minimum wage, while others claim that many social programs will be cut to foot the bill of the initiative.

In an 2016 interview with The Guardian Segal defended the proposal, saying, "This is not something which is in any way, in my view, the precinct of the left," but, "It is in fact the precinct of rational people when looking to encourage work and community engagement and give people a floor beneath which they’re not allowed to fall."