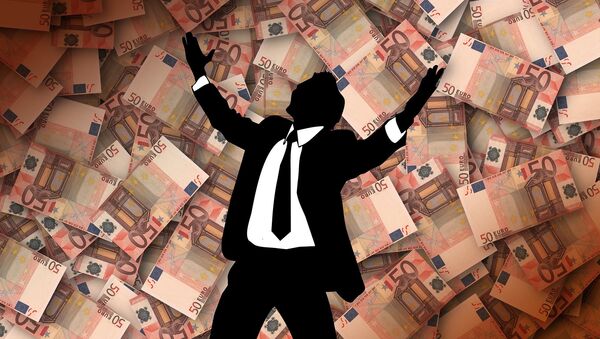 © Photo : Pixabay
Subscribe
Finland has become the latest country to experiment with a Universal Basic Income (UBI) policy, with 2,000 unemployed citizens scheduled to receive a guaranteed minimum monthly income of €560 (US$587) over the next two years.

The scheme was launched January 2, by Finnish social insurance agency KELA, in the hope it would alleviate poverty, reduce bureaucracy and boost employment in Finland; presently, 8.1% of the country's 5.5 million-strong population is out of work.

​Recipients, who are randomly-selected, are still entitled to receive the benefit even if they find work — a contrast to current rules, under which unemployed Finns lose benefits commensurate with their in-work income.

Hmm I'm not sure how I feel about Finland's new unemployment salary. It's better than the £2,100 a month salary proposed by Switzerland.

​Marjukka Turunen, head of KELA's Legal Affairs Unit, said the test-run was the first step in a planned series of experiments that would test a variety of basic income solutions:

"For someone receiving UBI, there are no repercussions if they work a few days or a couple of weeks. Incidental earnings do not reduce the basic income, so working and self-employment are worthwhile no matter what. People working part-time or temporarily do not have to report the number of hours they work or to fill in various forms. The income is paid in advance at the beginning of each month, so recipients can count on having the money at their disposal."

​Attempts to trial and implement UBI have been ongoing worldwide for some time.

In June 2016, 76.9 percent of voters in Switzerland rejected its proposed introduction. Under the plans, every Swiss citizen of working age would receive a monthly guaranteed stipend of 2,500 Swiss francs, although the plans were branded a "Marxist dream" by critics, who foresaw sizeable spending cuts and/or tax increases to fund the scheme, and economic chaos arising from citizens quitting their jobs en-masse.

In early 2015, the scheme was tested in Utrecht, Netherlands. In November 2016, a UBI scheme was launched universally in Ontario, Canada on a two-month basis, with each citizen receiving US$1,320 every month. The policy has increasingly gained in popularity in recent years, as the proliferation of automation and artificial intelligence threatens jobs in numerous sectors.

Jonathan Ferguson
3 January 2017, 15:57 GMT
000000
And you doubters thought that this day would never arrive. Shame on you! "And over here, on your right, we have our fabulous gray ensembles where one size fits all." And not to be outdone, "we have your BRAND NEW apartments, where 600 square feet easily fits a family of five. And, yes, we will not charge you more if you only have FOUR!" With this kind of life style, all of the safety nets in the UK might just stretch back into their original conditions!
marcanhalt
3 January 2017, 15:59 GMT
000000
Newsfeed
0
New firstOld first
loader
LIVE
Заголовок открываемого материала
Access to the chat has been blocked for violating the rules . You will be able to participate again through:∞. If you do not agree with the blocking, please use the feedback form
The discussion is closed. You can participate in the discussion within 24 hours after the publication of the article.
To participate in the discussion
log in or register
loader
Chats
Заголовок открываемого материала
Worldwide
InternationalEnglishEnglishMundoEspañolSpanish
Europe
DeutschlandDeutschGermanFranceFrançaisFrenchΕλλάδαΕλληνικάGreekItaliaItalianoItalianČeská republikaČeštinaCzechPolskaPolskiPolishСрбиjаСрпскиSerbianLatvijaLatviešuLatvianLietuvaLietuviųLithuanianMoldovaMoldoveneascăMoldavianБеларусьБеларускiBelarusian
Transcaucasia
ԱրմենիաՀայերենArmenianАҧсныАҧсышәалаAbkhazХуссар ИрыстонИронауОssetianსაქართველოქართულიGeorgianAzərbaycanАzərbaycancaAzerbaijani
Middle East
Sputnik عربيArabicArabicTürkiyeTürkçeTurkishSputnik ایرانPersianPersianSputnik افغانستانDariDari
Central Asia
ҚазақстанҚазақ тіліKazakhКыргызстанКыргызчаKyrgyzOʻzbekistonЎзбекчаUzbekТоҷикистонТоҷикӣTajik
East & Southeast Asia
Việt NamTiếng ViệtVietnamese日本日本語Japanese俄罗斯卫星通讯社中文（简体）Chinese (simplified)俄罗斯卫星通讯社中文（繁体）Chinese (traditional)
South America
BrasilPortuguêsPortuguese
NewsfeedBreaking
00:20 GMTVideo: Military Jet Intercepts Small Aircraft Over NYC in the Middle of UN General Assembly
00:19 GMTPark Ranger ‘Implored’ Gabby Petito to Distance Herself From Toxic Relationship With Brian Laundrie
YesterdayVideos: 6.0 Earthquake Strikes Southeastern Australia
YesterdayPro-Reunification Candidate Chang Ya-chung Edges Ahead as Chairman Election in Taiwan’s KMT Nears
YesterdayTexas Governor Vows to Prevent Del Rio Migrant Surge Disaster From Being Replicated
YesterdayUber’s Business Model Faces Threat After Legal Setback Across Europe
YesterdayUS Lawsuit Challenges Alliance of 2 Airlines for Stifling Competition
YesterdayTaliban Say No Al-Qaeda Members Present in Afghanistan
YesterdayJoe Biden Faces Backlash Over Inept UN Speech
YesterdayUS Democrats Strike Down $1Bln in Israel Defense Aid to Keep US Govt Running, Reports Say
YesterdayPope Jokes ‘Some People Wanted Him Dead’ While He Was Undergoing Surgery, Reports Say
YesterdayNo American Dream for Haitians
YesterdayBoris Johnson Contradicts Joe Biden With Claim of Intelligence That Taliban Could Take Kabul
YesterdayPelosi Accuses GOP of ‘Trying to Force First-Ever US Default’ by Opposing Limit Suspension Bill
YesterdayFamily Lawyer Confirms Human Remains Found in Wyoming Belong to Gabby Petito
YesterdayFrench President Macron's Health Pass QR-Code Leaked to Internet - Reports
YesterdayThe US Space Force’s Oldest Adversary, Social Media, Roasts Their New Uniforms
YesterdayTraffic on Motorway in German Bavaria Halted Due to Armed Hostage-Taking Situation - Reports
YesterdayJoe Biden, DHS Chief Upset by 'Horrible' Videos of Border Patrol Dealing With Haitian Migrants
YesterdayBiden Believes Footage From US-Mexico Border ‘Horrific’ and Supports Probe