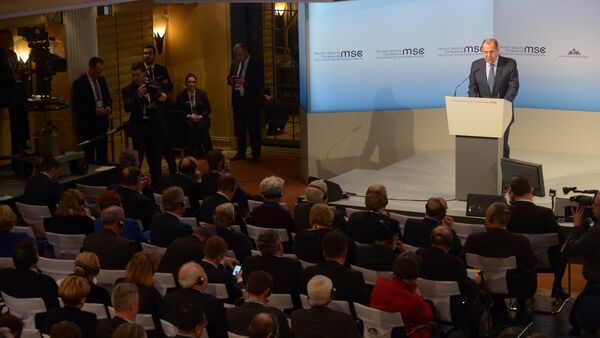 © Sputnik / Grigory Sisoev
/
Go to the mediabank
Subscribe
International
India
Africa
The Russian foreign minister said that Moscow as well will not lift counter-sanctions against the EU until the Minsk deal is implemented.

Anti-Russia Sanctions Could Be Lifted Once Minsk Deal Implemented - German FM
MUNICH (Sputnik) — However, linking the lifting the sanctions imposed against Russia by the European Union with the implementation of the Minsk peace deal is illogical and artificial, Sergei Lavrov added.

Since 2014, relations between Russia, the European Union and the United States, deteriorated amid the crisis in Ukraine. Brussels, Washington and their allies introduced several rounds of sanctions against Russia on the pretext of its alleged involvement in the Ukrainian conflict, which Moscow has repeatedly denied. In response to the restrictive measures, Russia has imposed a food embargo on some products originating in countries that have targeted it with sanctions.