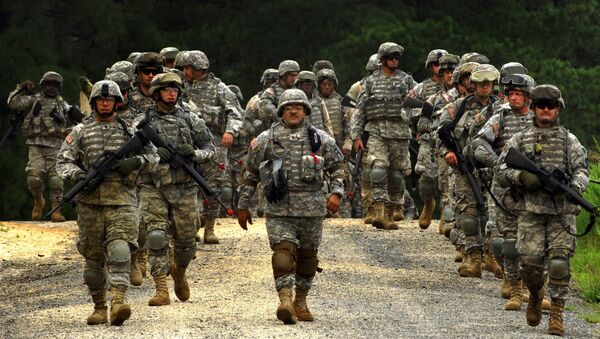 Thirty-Four US Cities File Amicus Brief to Challenge Trump's Immigration Order
WASHINGTON (Sputnik) — Earlier in the day, the Associated Press claimed, citing an 11-page draft memorandum, the administration of President Donald Trump was considering a plan to mobilize 100,000 National Guard troops to round up illegal immigrants.

"I don’t specifically know who put pen to person but I know that it was not Secretary Kelly and it wasn’t at his direction," Sanders said on Friday.

White House spokesman Sean Spicer denied that the Trump administration was going to utilize the National Guard for immigration enforcement and called the media reports "100 percent not true."

The US Department of Defense also dismissed on Friday the report.