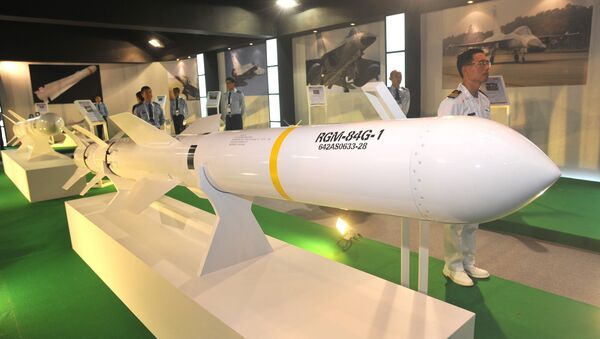 Boeing has received a $12.3 million US Navy contract to provide stand-off attack missiles for the US Navy, Saudi Arabia, Australia, Japan, Taiwan, Thailand, Turkey, Malaysia, Canada and India, the US Department of Defense announced.

"The Boeing Company [of] St. Louis, Missouri, is being awarded a $12.3 million… contract for the procurement of spares in support of Harpoon and Stand-Off Land Attack Missile-Expanded Response (SLAM-ER) for the Navy," the announcement stated on Monday.

The missiles are being sold to the US allies under the Foreign Military Sales program, the announcement added.