'You Think Our Country's So Innocent?' Trump's 'Truth Bomb' 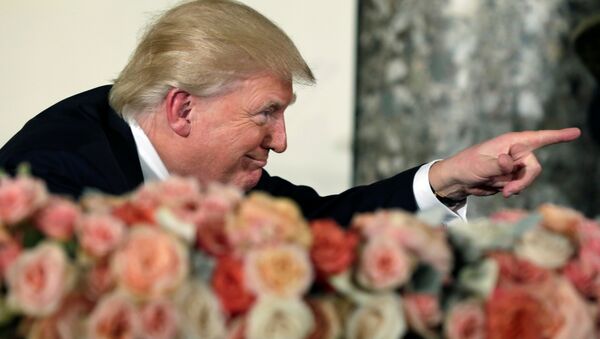 John Wight
All materials
"Putin's a killer." This was the claim made by Fox News "journalist" Bill O'Reilly during his recent interview with Donald Trump. Trump's reply came in the form of a simple question. "What, you think our country's so innocent?"

It was a reply that succeeded in puncturing the bubble of exceptionalism in which Mr. O'Reilly and those like him have long chosen to cocoon themselves from reality. It was indeed an extraordinary exchange, one that has gone viral on social media since. For liberals in the US and beyond the interview is being touted as yet more evidence of the fact that Donald Trump is completely unsuited to the rigors of the office of President. Meanwhile, for dyed-in-the-wool neocons it suggests a leader of the so-called free world who is yet to realize the difference between "us," the good guys, and "them," the bad guys.

"Putin's a killer." Just ponder this statement for a moment, consider the ignorance, arrogance, and delusion it describes. Consider too the millions of humans slaughtered by successive US presidents over the years, going back, say, to the Korean War and working your way forward. That they were killed in the name of democracy and human rights, at least according to Bill O'Reilly and the rest of the gang over at Fox News, is a boast as preposterous as it is grotesque.

Trump on US government last night: O'Reilly: "Putin's a killer" Trump: "There are a lot of killers. You think our country is so innocent?"

Firstly, justifying the wholesale slaughter of men, women, and children in the name of democracy renders the word completely meaningless. And secondly, what Mr. O'Reilly describes as democracy others would describe as imperialism.

But then, you see, this is the problem when you sit at the apex of the most destructive empire the world has ever known. It distorts your sense of reality to the point where you become intoxicated with the associated myths used to justify this empire and the vast destruction it has wreaked and continues to wreak across the world.

We see this distortion in the way that Barack Obama has been allowed to walk off in the sunset with the highest approval ratings of any US president in living memory, lamented as one of the most progressive leaders ever to occupy the Oval Office. It is a rendering of the legacy country's first black president that fails to pass even the most tepid scrutiny.

Obama's administration was, to be frank, a veritable killing machine, one comprising almost daily drone strikes, kill lists, and the wholesale destruction of entire countries, as in the case of Libya. In his final year in office the US dropped 27,000 bombs, up from the number dropped in 2015. Yet we are meant to regard the 44th president and recipient of the Nobel Peace Prize as the modern incarnation of Dr. Martin Luther King, a president who worked tirelessly for peace and justice.

Reminding Mr. O'Reilly and his ilk of a few basic facts when it comes to the difference between Moscow and Washington's actions around the world in recent years, there is a significant difference between a foreign policy driven by restoring stability and security to entire regions, in the case of Russia vis-à-vis the Middle East, and a foreign policy that has only succeeded in sowing instability and terrorism across those regions, in the case of the United States.

Bill O'Reilly's discomfort at being corrected by the country's President on the egregious record of his own country when it comes to the body count, was redolent to that of a vampire suddenly exposed to daylight. The Fox News anchor was left floundering around in his chair, rattled by Trump's simple yet withering words of truth in response to the kind of statement that has no place being made by any self-respecting journalist.

Obama's Farewell Tears Are an Insult, His Record is Soaked in Blood

But then the Bill O'Reilly's of our world are not journalists they are propagandists, engaged in spreading disinformation in the cause of the previously mentioned myths that both sustain and nourish a perverse worldview. America, the "land of the free," is a force for good in the world people such as him choose to believe. When we kill people, we only do so reluctantly and in service to the greater good of freedom and liberty. Thus our bombs are good bombs, a fact that should be of comfort to the families and loved ones of those we obliterate.

What needs to be explored in light of Mr. O'Reilly's interview with President Trump is not so much his journalistic credentials but the education system of which he is a product. It reveals a man who when confronted with the choice between embracing truth or ideology has chosen ideology.

While nobody should be under any illusions when it comes to Donald Trump as the reincarnation of Hugo Chavez, he has revealed a propensity for dropping the odd "truth bomb" here and there, much to chagrin of conservative and liberal commentators alike.

Such truth bombs are the killers that Bill O'Reilly fears — killing the smug complacency and hypocrisy without which life loses all meaning.