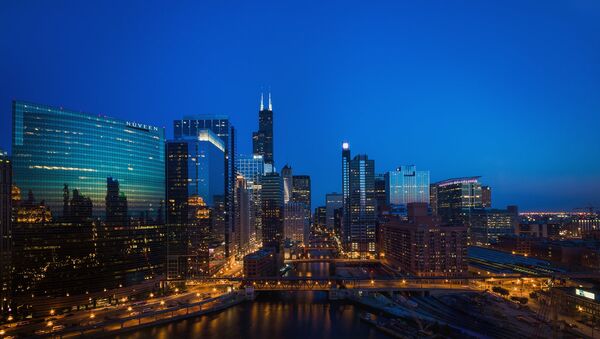 Amid soaring murder rates in Chicago, the US government is sending federal forces to tackle the spike of violence.
By Any Means Necessary
Baltimore and Chicago Police Misconduct; Congress Works to Repeal ACA
WASHINGTON (Sputnik) — The US Bureau of Alcohol, Tobacco, Firearms and Explosives is going to send some 20 agents to Chicago in order to increase the federal presence in the city, to stem the violence, US media reported.

In late January, Trump promised to send forces to the city if the local administration fails to "fix the horrible 'carnage'," stressing that 228 shootings had occurred in the city since the beginning of 2017.

A Violent Christmas in Chicago: 11 Killed, 50 Wounded During Holiday
​Chicago has become notorious for its ever-growing violence rates. By the end of November 2016,some 701 homicides were registered in the city. The number of killing in the city has surpassed the combined total homicides of New York and Los Angeles, which stood at 565.

There were 970 murders in Chicago in 1974, the highest number in relatively recent years. Homicides numbered in the 800 and 900s in the violent early 1990s, but had declined steadily until 2015. This year's uptick is dramatic.